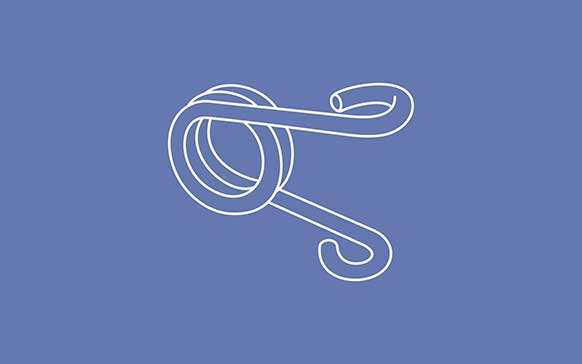 Because the practice of systemic design engages multiple contexts simultaneously, the boundaries, criteria, contexts, and purposes of any project can be characterised in very different ways. It is therefore misleading to talk of solving problems, as a solution in one context may well present problems in another and the designer’s perspective is just one of many to consider. Designers often articulate this challenge by understanding such situations as ‘wicked’ problems, a conception developed by Horst Rittel in the late 1960s and early 1970s in response to the lack of success in translating methods from the ‘tame’ problems of science and engineering to social domains (Rittel & Webber, 1973).

Drawing on Rittel’s distinction, it is common for designers to speak of ‘taming’ problems rather than solving them. But what is meant by taming? And is this what systemic designers should be aiming for? By avoiding claims to solutions, designers manage expectations, recognising the tentativeness of their proposals and the likelihood that revision will be needed as more is learnt about the situation. Yet, taming should not be understood as settling for incremental improvement. Rittel explicitly warns against incrementalism, which risks embedding underlying problems by making their consequences more palatable (Rittel & Webber, 1973, p. 165).

When introducing Rittel’s ideas, C. West Churchman’s (1967, p. B141) notes various forms of partial or superficial taming that that are not to be emulated: “trying to generate an aura of good feeling or consensus”; dealing only with “a piece of the problem and finding a rational and feasible solution to this piece” and leaving “someone else…to handle the untamed part”; or taming “the growl” of the wicked problem so that it no longer “shows its teeth before it bites”. Churchman concludes that “whoever attempts to tame a part of a wicked problem, but not the whole, is morally wrong” (p. B142). But, in the sorts of ambiguously defined contexts that systemic designers address themselves towards, is taming the whole a realistic or desirable proposition?

Taming is a metaphor, and as such, it shapes perceptions of present concerns in terms of familiar concepts from other domains (Krippendorff, 2021). One tames animals to make them behave predictably in human social contexts. Consider a lion, an example Rittel and Webber (1973, p. 160) use in passing. Taming a lion could be a matter of training, such as in a circus, or through designed infrastructure that mitigates the lion’s consequences for humans, such as a zoo enclosure. There are superficial similarities, in that neither lions nor social design challenges are amenable to linear problem solving, and both may have significant consequences for humans that encounter them. In turn, the metaphor entails the idea that wickedness is something to be controlled, mitigated, or made predictable. Is this an appropriate aspiration for systemic design? A situation shorn of its wickedness may be easier to deal with, but it is not necessarily desirable. After all, the wickedness itself is not the problem.

This workshop explores and questions the strategy of taming

Rather than seeing wickedness as something to be tidied away, it will look to develop new metaphors whereby it may be potentially enriching. Drawing on the everyday and professional experiences of participants, the session will catalogue examples where wickedness is of value or where taming is problematic. Through this, the session will seek to differentiate the tricky, wild, and unpredictable senses of the wicked from the malignant, aggressive, and problematic. Starting points will include the constructive roles that conflict, difference, play, tension, uncertainty, and unmanageability may have in design conversations and designed artefacts (e.g. Ainsworth & Sutherland, 2021; Glanville, 1997; Perera, 2018; Ryan et al., 2016; Sweeting, 2018, 2019; Tham, 2020).

Pre-workshop activity: Participants will be asked to reflect on examples of wicked situations from their own professional and everyday experience, where wickedness has value or where taming is problematic.

Participants will share their examples of wicked situations and explore ways of differentiating the wicked from the problematic.

Participants will work together to produce a catalogue of wicked possibilities. This will be displayed somewhere accessible for the rest of the conference.

Post-workshop activities. Participants will be challenged to enact a wicked possibility within the conference and to add this to the catalogue directly or submit it to the facilitators by email.

Krippendorff, K. (2021, July). A critical cybernetics [Paper presentation]. The Art and Science of the Impossible: The 65th Annual Meeting of the International Society for the Systems Sciences, online.

Ryan, A., Baumgardt, A., & Pangaro, P. (2016, October). Playing with fire: Designing with and for tension in groups [Panel discussion]. Relating Systems Thinking and Design (RSD5) 2016 Symposium, Toronto, ON, Canada. https://rsdsymposium.org/playing-with-fire-designing-with-and-for-tension-in-groups/

Sweeting, B. (2019). The Generator project as a paradigm for systemic design. Proceedings of Relating Systems Thinking and Design (RSD8) 2019 Symposium. https://rsdsymposium.org/the-generator-project-as-a-paradigm-for-systemic-design/