Using systemic models in games and simulations for participatory planning

Planning for large Indian cities presents a complex problem to planners due to a number of factors, three of them being the scale of the cities, the diversity of people and the inequity among the population. Effective participatory approaches to planning aim to address the inherent inequity (stemming from levels of income, class, caste, gender, etc.) among stakeholders by including the needs of the marginalised. Such methods should allow for the collection of people’s aspirations, their needs and preferences, this leads to a set of outcomes that can then be negotiated between the stakeholders.

In traditional approaches, in order to develop plans or implement urban infrastructure, a pilot project is created/implemented for each plan option, based on the input from different people, and to test them in the real world. For example, selecting a small region in the city to test a bus rapid transit system (BRT) to check for its efficacy and acceptance. However, apart from the financial and other resource costs, it requires changes to governance and administrative processes in order to create, monitor and analyse such a pilot. This makes the pilot-based approach expensive and time-consuming. Recently, the ethical concerns of pilots and randomised control trials have been well documented.

Simulation models address these gaps by allowing us to test for certain conditions. However, most of these modelling techniques available today were developed in a western context for a western city dweller. These assumptions related to income & expenditure, types of livelihoods, aspirations, type of governance and road network & topology, has influenced the methods of planning. Due to the diversity and the differences in the model assumptions, most plans developed using such techniques either tend to have skewed results or are not relevant to the context.

A new method is required in order to include the contextual assumptions and thus develop tools and methods that are able to inform the planner about the context and limitations to work within.

In this article, we demonstrate the use of approaches from systems dynamics modelling and the use of participatory modelling to build models of people and processes for the development of neighbourhood level plans. We then demonstrate how such models can be used in two ways, 1) As a basis for the design of serious games, to elicit preferences, biases and aspirations from people and, 2) As simulation planning tools to develop planning scenarios which can be used to explore different outcomes. We provide examples of both these methods as a means to develop and discover the fundamental context for planning in India. 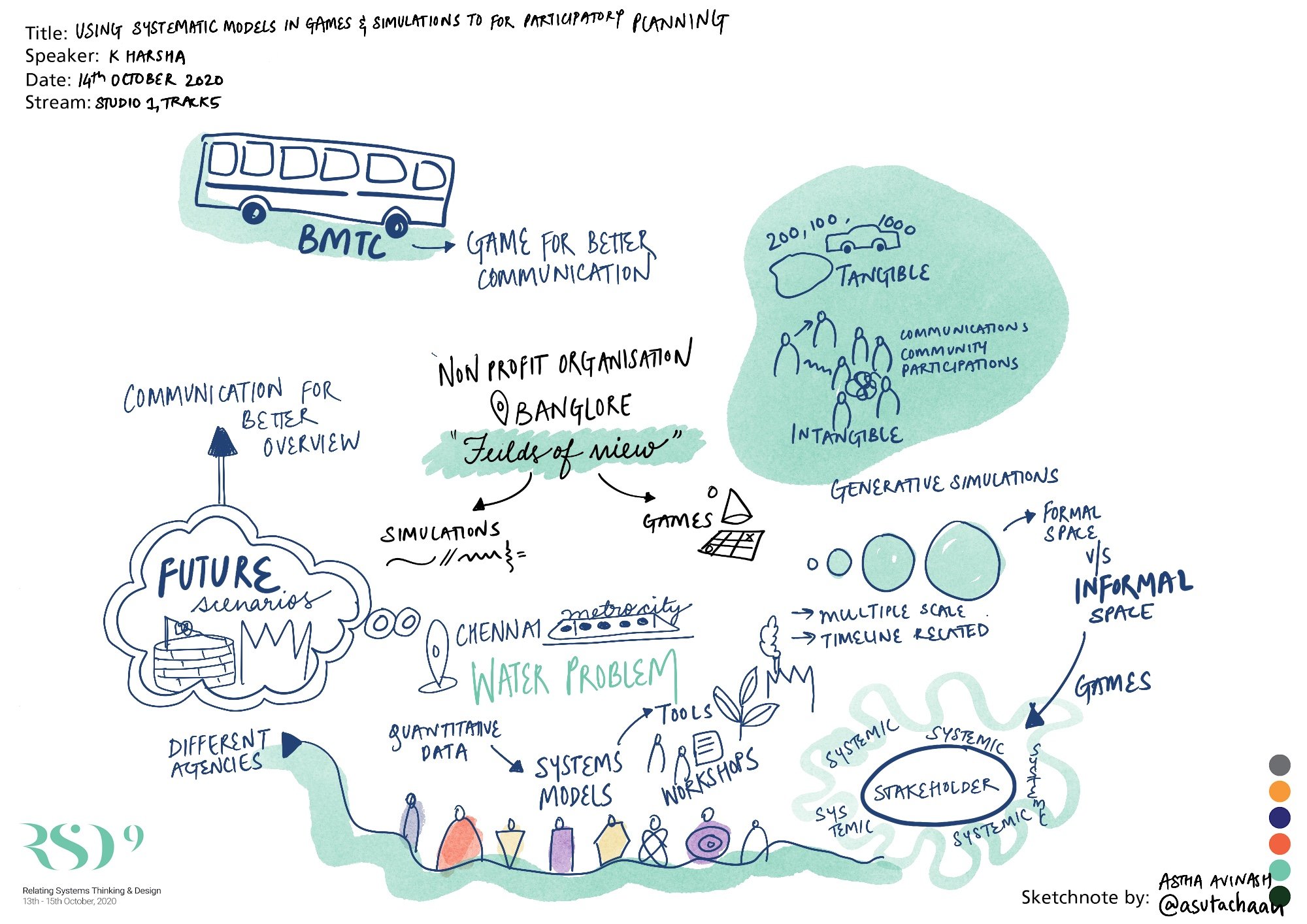