Urban Strategy of Bio-corridor in Cities

+Breakout discussion with the authors after the session

Synergetic Landscapes Project is set up to solve the problem of the relationship between human and other species in cities. The project is relating to several research areas, namely, bio-corridor, blockchain, circular economy, materials, stakeholder and community, and collective gigamap. Six members except the project leader are in charge of the six research and design responsibilities, which will be developed through the design of the six prototypical interventions. My research and design role in the project is to explore bio-corridor. This article will present the whole process of this project focusing on the bio-corridor solution in cities. Though the prior task of the author is to solve the isolation of species in cities by generating bio-corridors, this article will still try to answer the design aims of others’ research responsibilities within the framework of Synergetic Landscapes Project.

Before the emergence of human culture, the world was more wild. Creatures are more likely to adapt to the world following the laws of nature. On the contrary, human beings keen to transform the world. The extra‐somatic adaptations, technological dominance, and success of mankind in colonizing every terrestrial habitat have no parallel (Hill, Barton and Magdalena Hurtado, 2009). With the evolution of human, the influence on Earth is more and more tremendous. In the meantime, other species have relatively lost an impact on the environment. Cities can be regarded as one of the largest products of human areas. Healthy ecosystems struggle to perform in the world of the concrete jungle. The living space of human becomes huge and continuous, but homes of other species have become fragmented. Within the city, the connectivity among different green space may be blocked by roads, buildings or other artifacts. On a larger scale, several habitats may be isolated by cities.

In fact, there are still many species living in the city for now including animals, plants and others, but the isolation puts species in danger. The interdiction of biological information exchange will lead to the decline of biodiversity among species or induce diseases (Kruess and Tscharntke, 1994). Only a few creatures which have better migration capacity like birds or rely less on trans-regional species exchange like plants may survive such a fate. It is very difficult for flightless terrestrial animals to migrate in cities. If this problem is not taken seriously, the wild animals in the city may disappear in the future. Therefore, it should be our duty to care for other creatures in the city.

The bio-corridor in the wild is usually of big scale and it could be linear habitats itself (see Figure 3). Although we call it a corridor, species such as plants, reptiles, amphibians, birds, insects, and small mammals can spend their entire lives in these linear habitats. In this case, the corridor must include everything that a species needs to live and breed, such as soil for germination, burrowing areas, and multiple other breeding adults(Beier and Loe, 1992). As for the bio-corridors in the city, they are smaller and more scattered. Because of the existence of urban roads (see Figure 4), many corridors are made up of several continuous points instead of simple liner green space. Maybe those corridors should not be called as corridors since there are many limitations on their function of migration.

This WIP project uses a residential area called Grangetown as a case study. The area is in Cardiff, UK. It is located in an ecological area called Taff Trail, which is rich in biodiversity. It is an old community mainly made up of residential buildings. There are several large greenlands in this area (see Figure 5). Besides those, there are some scattered green spots, such as street trees, roadside green belts, and residential backyards. The biggest problem of the biological corridor in this area is roads the same as other urban areas. Before our research, the local municipality has carried out a project called Greener Grangetown to create more green space(Wenger, 2017). The project for cleaning rainwater contributes to solving the isolation caused by roads. Because the road is not very wide in this block, this fragmented organization of green space provides the possibility for bio-corridor to pass the road (see Figure 6).

In order to connect potential biological corridors that have not yet been connected, I began to conceive a general solution. It is really difficult to organize continuous liner green space in the city which is the most common form of bio-corridor. There are many dotted green spaces in the city. Similarly as in project COLridor (Davidová and Zímová, 2018), if these green points are distributed linearly and dense enough, they may be regarded as an abstract liner bio-corridor. Now the number of these green spots are not enough, and the distribution of them should be reorganized (see Figure 7). My design aim is to create a general prototype to take the role of the green points so that we can increase the quantity and adjust the distribution (see Figure 8).

A prototype in progress called changeable fabrication is being designed so that it can adapt to different circumstances. Covered with the vegetation, the fabrication could perform the role of the green points between ecological areas, and change into a biological corridor together with other original green points. It is further assumed that the fabrication could serve as nests for insects or shelters for small animals. Some parts of this fabrication are modular which can be replaced to undertake different functions. The scale of the whole fabrication can change by the growth of the structure. The concept, “changeable” is the key to deal with the challenge from the complex factors in the city. In order to make it possible for local people to DIY, the changeable fabrication is simplified to the last version. People in the neighbourhood can collect abandoned branches and build the prototype themselves (see Figure 9).

In conclusion, changeable fabrication is just one of the interventions in our project. A synergetic landscape system will be formed by the installation of all our fabrication. The local people will join the system and benefit from it. Last but not least, the system will support the bio-corridor in the cities. 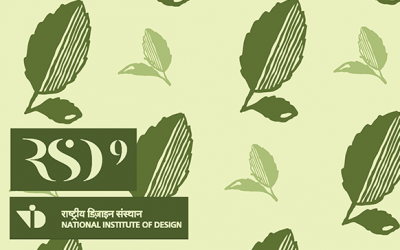 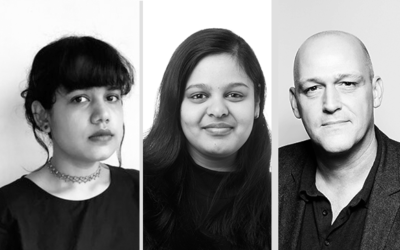