“Understanding cultural differences” is a design project that is based in Systems oriented design, using Gigamapping as the main tool to achieve a holistic view. The design solution evolves within Service design and Interaction design, and is an application for mobile devices: “Cultural Experience”.The system under study is the Norwegian military.

I have tried to find out how the military prepare the young Norwegian soldiers for meeting a foreign culture when they are about to travel in International operations (INTOPS) for the first time. I question if they have enough training to understand the cultural differences they will meet before they leave for military service abroad, and if designers can provide relevant solutions. Designers are not often invited to contribute in such complex and political oriented themes, and I wanted to explore the role of the designer in such a landscape. I want to show that we, as designers, have tools to visualize systems and issues, and that we can discover potential solutions, other than with an academic approach. And that those solutions can be valuable, and that design is a field to be reckoned with when trying to solve complex problems.

Topic: “How can designers help provide Norwegian soldiers with the preparation they need for International service?”
Design practice in new areas: I was first introduced to this theme in a broader sense through the Systems oriented design course at AHO, led by Birger Sevaldson, spring 2011. We got a client from UNIDIR (research centre within the UN system), Dr. Derek B. Miller. UNIDIR research various methods to obtain peace and security in post conflict areas. During that semester I found this specific potential area to investigate in my Diploma assignment. This very project would not exist without a systems perspective on a larger system such as UN challenges. That system design project led me to this task, trying to create a design solution for Norwegian soldiers in International service.

Background: Soldiers traveling in International service for the first time do not only meet a war situation; they also face a foreign country and a foreign culture. The challenges inherent in manoeuvring in a foreign country, to meet and communicate, not only in a foreign language but also in the context of different norms and values requires a robust training of the soldiers. This is something the Norwegian military of course takes seriously. But discussions in Norwegian media gives reason to believe that soldiers traveling in International service is not always so well prepared to meet a foreign culture as we might hope.

I have been in contact with people in the military. The result was based on research, interviews with veterans of Afghanistan (also Macedonia, Lebanon), and second-hand information, such as resources from the Internet and various literatures.
Result: The solution became an application, “Cultural Experience”. It is designed for Norwegian soldiers in international service, so they can learn about foreign culture. The prototype is made with an example of service in Afghanistan. The target audience is soldiers travelling for the first time, and the main user is approximately 20 + years old. An application for a handheld device is a useful tool because, it is accessible and the user group is accustomed to the medium and use it daily. And in this case, the soldiers are working shifts and would benefit from a device they can use when it is suitable. 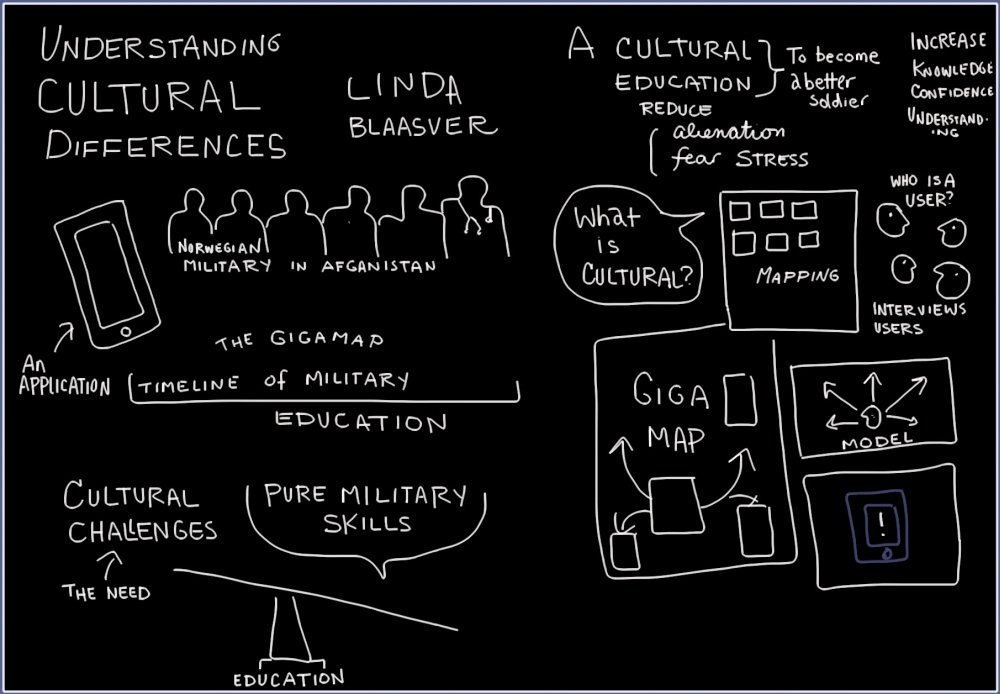