Urban policies and urban planning progressively acknowledged food as a fundamental issue of the urban system and as a tool for design synergies. Among other cities, Turin is moving toward an urban food strategy, gathering in an integrated perspective many practices and policies from local authorities, market actors and food movements. Universities (University of Turin, Politecnico of Turin, University of Gastronomic Science) play various roles in this perspective, both in promoting and supporting policies and practices, both producing, collecting (among the different food actors at the local level) and sharing knowledge about how the actual urban food system that nourishes Turin works. That is necessary background to go further in defining goals and targets for a food policy at the local- metropolitan level. The Atlas of Food of Metropolitan Turin (Atlante del Cibo di Torino Metropolitana) is a project developed by three universities: University of Turin, University of Gastronomic Science, and Polytechnic of Turin. It is an original, trans-disciplinary, ambitious research project, collecting and producing different kinds of materials (texts, visuals, maps), from various sources (academic research, mass media, etc.). All the knowledge produced and collected by the Atlas of Food is used to analyse and represent the Metropolitan Turin food system, in order to support public policies and private initiatives.

The core of the project is the development of a methodology of analysis of urban food systems based on the realization of a multimedia, interactive, participated Atlas of Food, centred on the metropolitan city of Turin. The Atlas of food collects and organizes information and data about the food system at the metropolitan scale (the former province of Turin). The online web platform of the Atlas (www.atlantedelcibo.it) presents the collected and newly produced, in the form of maps, and visual and textual materials, searchable and partially editable by the web community and by the actors of the food system. Data are participatory regularly updated, basing the methodologies of civic participatory mapping of First Life, the civic map-based social network used for the participatory mapping activities of the Atlas of Food. Scales of the analysis and of the representation of the food system vary according to the treated issues, coherently with the transcalarity of food flows and networks. This flexible spatial approach helps in understanding the complexity of the food system and the connections between its multiple parts in and around the urban milieu (according to the systemic approach).

The general goal of the project is to develop and implement an interdisciplinary methodology of food system analysis and assessment, at the metropolitan scale, through traditional charts and maps, participatory mapping and a strict relationship with social networks, for field action. The Atlas of Food of Turin has the following specific aims:

Expected results and spill-overs on the metropolitan food system

The Atlas of Food can support the development of a resilient urban (food) system because it stimulates the creation of a consistent database and repository of information about it.

The research group carries out this work in strict collaboration with public authorities and agencies, other research bodies, private businesses, NGOs and other community groups. This variety of public and private actors helps to guarantee the reliability, transparency and regular updates to the information presented by the website. The participatory approach concerns not only the data collection but also the elaboration of development and policy scenarios, towards the planning of an efficient, resilient, fair and sustainable metropolitan food system, where food and its connections a role in social, economic and cultural capital.

Progress of the research

The first report on the state of the Metropolitan Turin Food System, produced within the framework of the Atlas of Food, was presented in May 2017.

It is divided into three main sections:

It provides a first cross-cutting and integrated reading of the main features of the metropolitan food system.

For the RSD7 conference, the goal of the research is to represent the evolution of the food system in Turin at the metropolitan scale, especially in the perspective in which the systemic approach could help to design a new economic model: a Circular Economy perspective that has the aim to define better the role of the food for the Circular Cities.

Planning activity from the Atlas of Food data collection: RePopp

By overlapping the analysis of the recovery system and redistribution of food surpluses for social purposes with the production of food waste from different forms of distribution (Large Organised Distribution, neighbourhood stores, markets, farmers’ markets and GAS), the Atlas of Food pointed out a potential leeway of intervention for new ways of value creation and optimisation.

Once identified as the critical hotspot and source of leakages in city district markets, the attention has been focused on the market of Porta Palazzo, the largest outdoor European market. Here the City of Turin, two companies Novamont and Amiat/Iren Group, Association Eco delle Città, with the scientific coordination of the University of Gastronomic Sciences have developed the project RePopp – Porta Palazzo Organic Project. By applying the Circular Economy principles to the fruit and vegetable market and with the involvement of the “Sentinelle dei rifiuti” (Waste’s sentries) and the “Ecomori” (asylum seekers volunteers), food surpluses are every day (from Monday to Saturday) recovered from the market stalls, stocked in a stall granted free of charge by the municipality and redistributed by filling and redistributing fruit and vegetable crates, in order to satisfy the demand of a family of 3 persons for two days, considering the quantitative and the nutritional needs. Along with the recovery and redistribution of food surpluses, RePopp works to increase awareness and education to differentiate properly the organic waste with a widespread campaign of communication, to provide civic and environmental information for asylum seekers, and to create the activity of entertainment about food waste and integration. The project also aimed at encouraging a good integration of asylum seekers thanks to the daily and direct relationship with market operators and the creation of a network in solidarity with the beneficiaries of food surpluses. Since the beginning of 2018, 50,170 kg of food has been collected.

In 2018, the project obtained a special mention from the international prize Milan Pact Awards, created to support new urban food systems and stimulate the exchange of practices and learning between signatory cities within the frame of the Milan Urban Food Policy Pact (MUFPP); RePopp won the “food waste” section as an example of “Circular Markets, an efficient waste collection system for the largest and most culturally diverse food market in the city and the largest open-air market in Europe. The project highlights the relevance of data collection from different sources and food areas to design new solutions and alternatives. 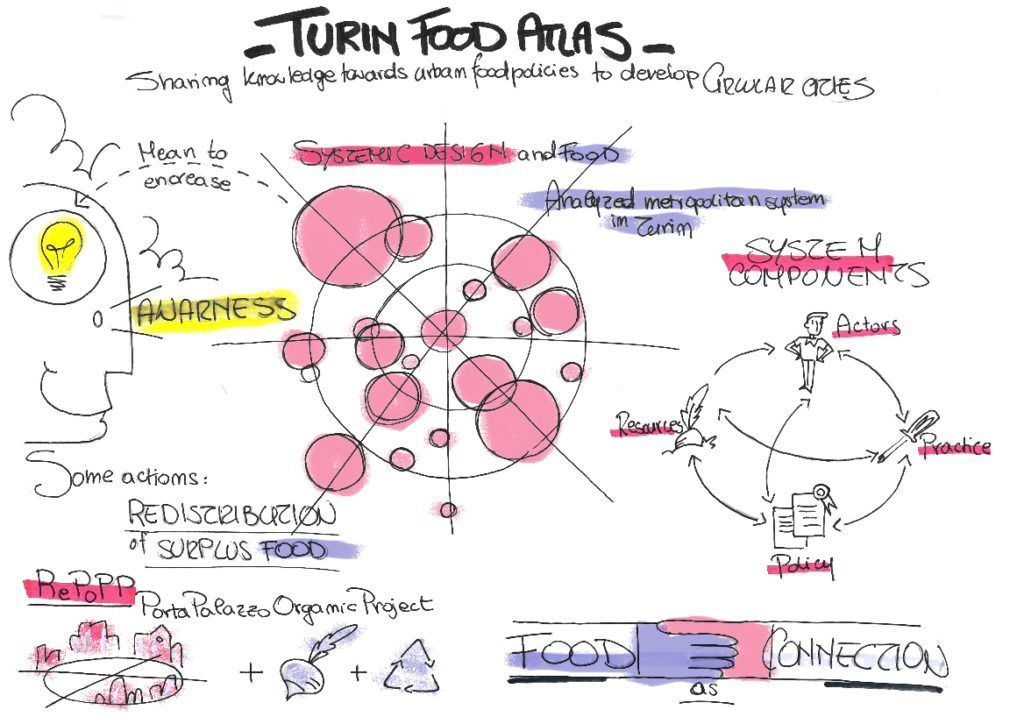