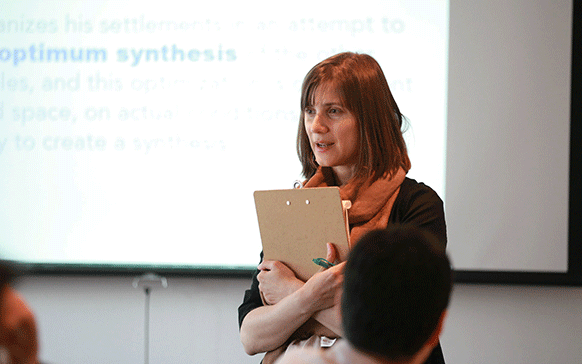 Toward A (Social) Science of Settlement. Part I: Place-Based Ideologies

Planners have long recognized cities as sites for human development. But what can we say about who we are as societies based on the way that our urban systems are organized? In the first part of this workshop, we will consider how diverse norms, values, worldviews, and ideologies are embedded in urban spaces, and how these might be invisibly binding urban systems to the parameters by which they are defined. For Donella Meadows, one of the most inaccessible and potentially impactful points of leverage for change within systems are the paradigms around which they are constructed. Thomas Homer-Dixon presents ideological regimes are, in themselves, complex systems. Thus, if we hope to reform urban places through a shift in worldviews, we would be working across multiple layers of complexity: the ideological system, the urban system, and the dynamic integration between the two.

Systemic and human-centred design approaches naturally consider human interactions as factors for design analyses. If we want to further understand cities as complex adaptive systems, we might explore how social interactions can aggregate in ways that are, ultimately, formative of places; or, in other words, how social processes can be generative of urban forms. This idea is briefly introduced in Ingold’s (2000) ‘dwelling perspective’, which expands on Heidegger’s conception of building as a complement to dwelling. As a complement to ‘science of cities’ thinking in the second part of this workshop, we will qualitatively examine the impact of flows on forms.