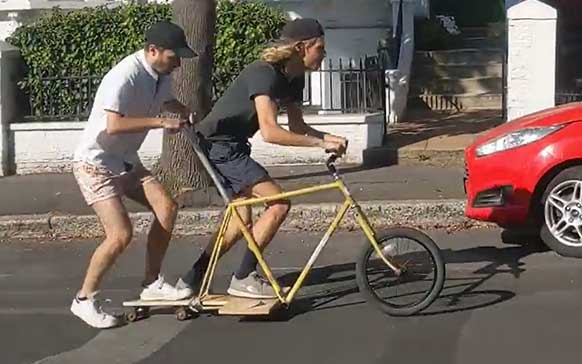 Cultural systems are expressed in the structural design of streets and urban roads: a most immediate public space. They are reinforced by social infrastructure; the common interpretation of inevitable grey areas within rules, displayed in split-second judgements and movements. Evidence for this lies in tacit, experiential knowledge.

When tension arises between conflicting judgements (or “habitus”), entrenched hierarchies are defended using politicised rhetoric; one example being the “bicycles v cars” divide. This research began by mapping the warm data of trust/mistrust, the antagonistic/agonistic, found in storytelling.

These hard-wheeled modes like skateboards, push-scooters or roller-skates exist on the messy fringes – quite literally – between pavement and road! Systems of visual storytelling, such as films or advertisements, rarely include these in liminal depictions. Yet, areas on the edge of ‘normal’ provide fertile ground for insights around how urban travel systems could incorporate such diverse, non-dominant situated realities — including others like mobility scooterers or tandem cyclists. 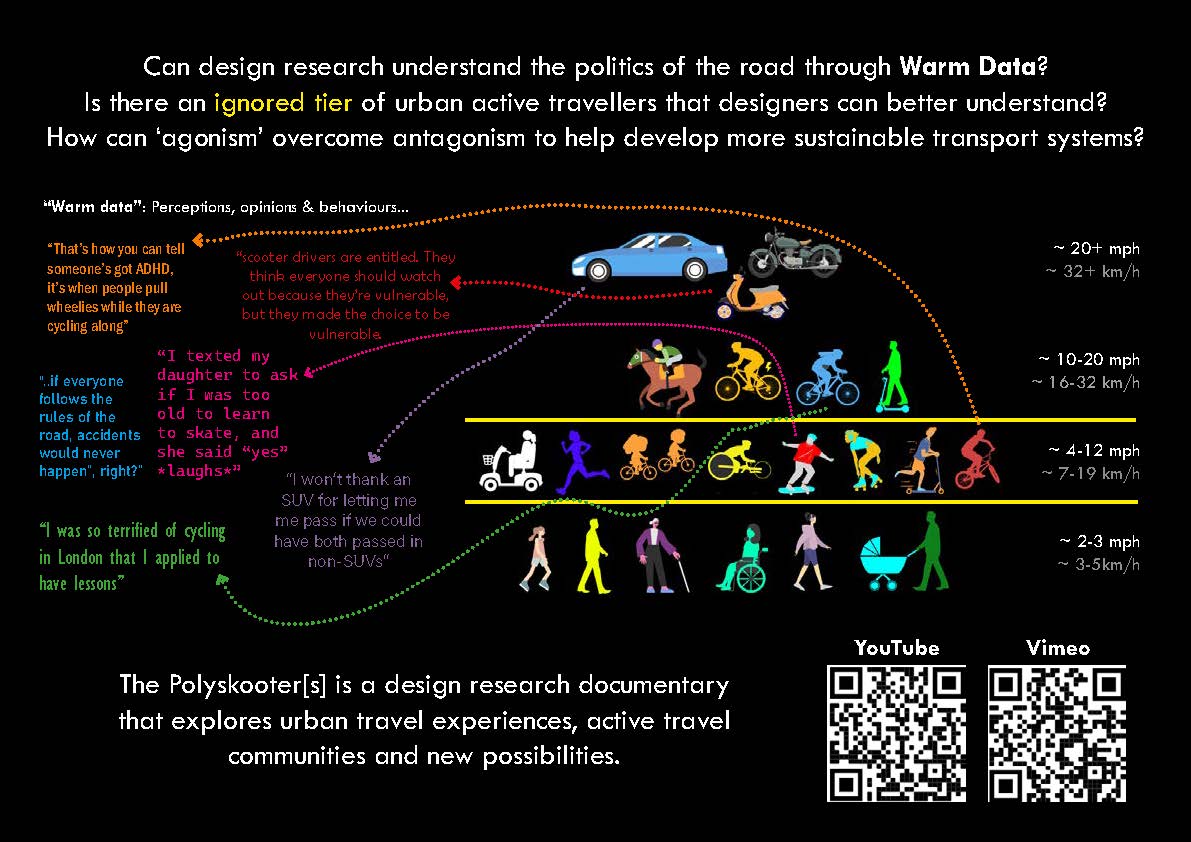 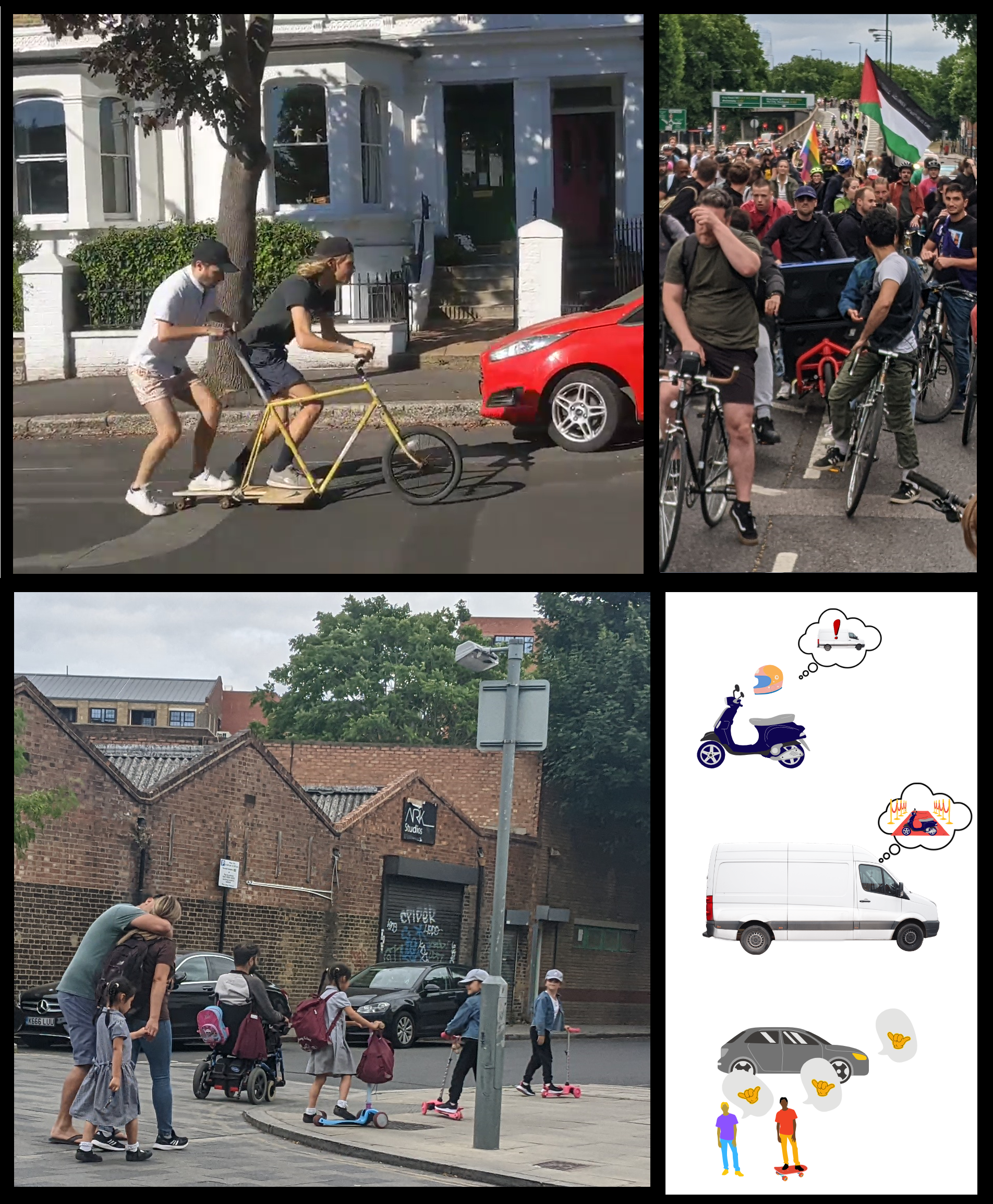