Asian elephants are an endangered species of ecological and cultural significance in India. Human development activities frequently pose a threat to the elephant population in the country. Trains are believed to be the second highest contributors (after electrocution) to the unnatural deaths of elephants. With faster trains and a demand for connectivity, the threat to elephants and passengers alike due to elephant-train collisions is bound to increase. Addressing train-elephant collisions requires engagement with both the Indian Railways and the state Forest Departments. This project was an attempt to use participatory design tools and methods to involve grassroot stakeholders and identify opportunities to reduce train-elephant collisions within the scope of the operations of the Railway and Forest Departments. The stakeholders served as experts and were involved through qualitative discussion sessions to help us understand train-elephant collisions and ideate on the potential interventions. The problem was subdivided based on the major contributing factors which could each be tackled individually to contribute to mitigating train- elephant collisions: attraction of elephants to the track, detection of elephants on or near the tracks, conveying information about elephants on the tracks to relevant loco pilots, and easing exit of elephants from the tracks. Interventions to address each of these challenges are discussed. 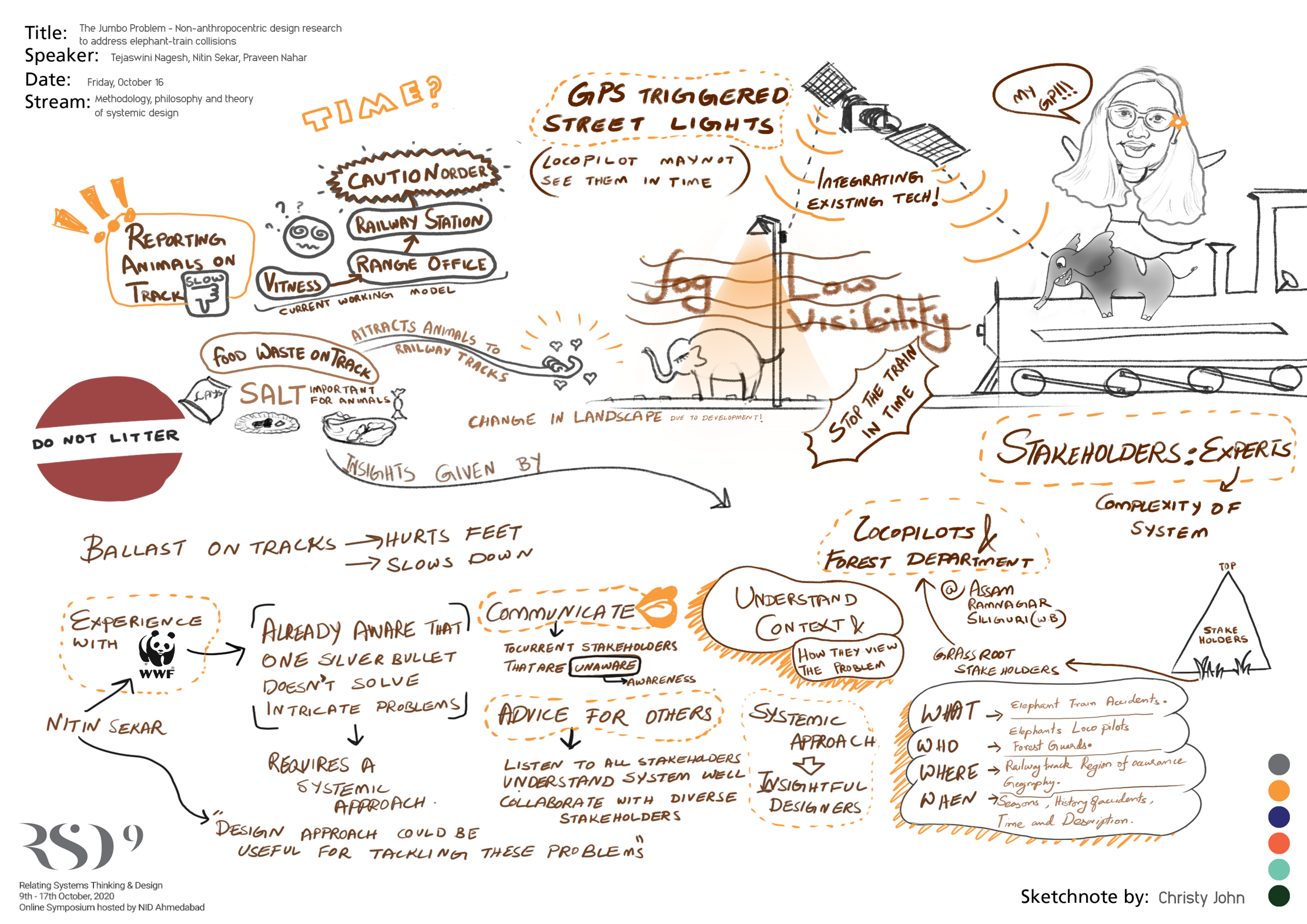