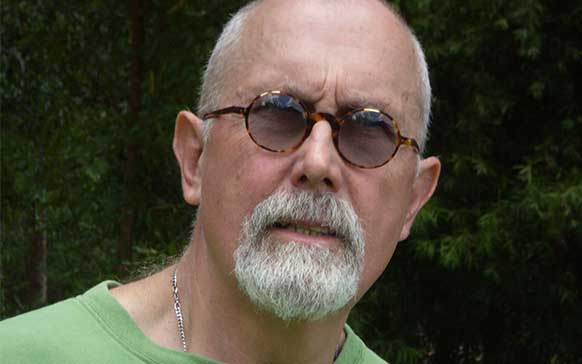 My context: seeing the event’s seven foci relationally. Planetary life is sick, this sickness is a product, one produced by rogue systems that are undercutting life’s dwelling, with design complicit and failing to confront designing-in-time. Thus the story to tell is eternal, and is of holding foreshortened, but destined, oblivion at bay.

Three chapters of this storybook that needs to be made never-ending.

One: Being autoimmune and design in error

Immunity was first understood in the ancient world as a judicial doctrinal practice that prevented a political institution from being exposed to legal jeopardy. It remains as such. Understood biophysically, immunity is a system by which a body defends infection. It was a nineteenth-century discovery. Autoimmunity is a dysfunction of the immune system whereby all resistance to infection is lost, and the body starts to destroy itself. The story to be told is about the transposition, with the assistance of design, of autoimmunity to the system of life in general – it is a way to understand unsustainability as a process of suicidally-induced systems failure.

Homo sapiens are wonderful creators of things, a practice enabled and amplified by technology. But likewise, we/they/them/us have consistently failed to grasp that destruction is the price of creation. However, a moment has now been reached where this actually has turned critical. The story to tell here is of defuturing, overtaking futuring, an inability to ‘design in time’ and the un-concealment of the oppression of things.

Three: Where does the future of architecture come from now?

No reset – so what is architecture’s future? In 1901 Lenin wrote ‘What Is To Be Done? The question lives on, his answer didn’t. For architecture are two almost invisible massive projects globally to be done. Both would totally transform architecture and make it profoundly futural.

Life is in the balance and ever moves toward a deep crisis. That this condition does not arrive in its fullness means there is a crisis of crisis. Sure, we can tick off a list of critical conditions: global warming and associated problems of climate change, a loss of biodiversity, geopolitical disorder and conflict, resource stress and more. But ‘the crisis’ is a relational compound of all that is critical: that this is unrecognised is the crisis of crisis. Such unseeing undoes affirmative action.

Tony Fry, PhD, is a Tasmanian-based award-winning designer, cultural theorist, educator and writer. He is the principal of The Studio at the Edge of the World (Launceston), an Adjunct Professor, Architecture and Design, at the University of Tasmania, and Visiting Professor at the University of Ibagué, Colombia. Tony has taught and lectured on design internationally and led/worked on projects in Australia, the Americas, Asia, the Middle East and Europe.

As an author, Tony has published twenty books. His most recent are Unstaging War: Confronting Conflict and Peace (Palgrave/Macmillan,2019) and A New Political Imagination: Making the Case with Madina Tlostanova (Routledge, 2021). His latest is Writing Design Fiction: Relocation a City in Crisis (Bloomsbury, 2022). 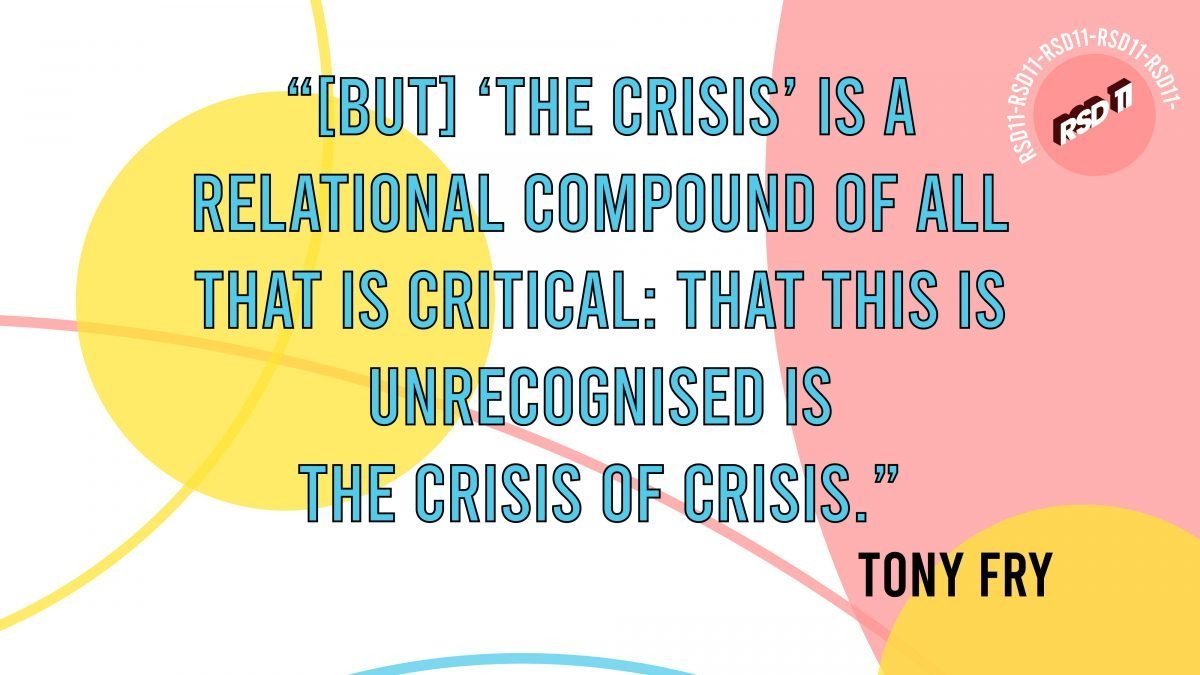 Video will be posted February 2023 | Graphic by Chantal Spencer 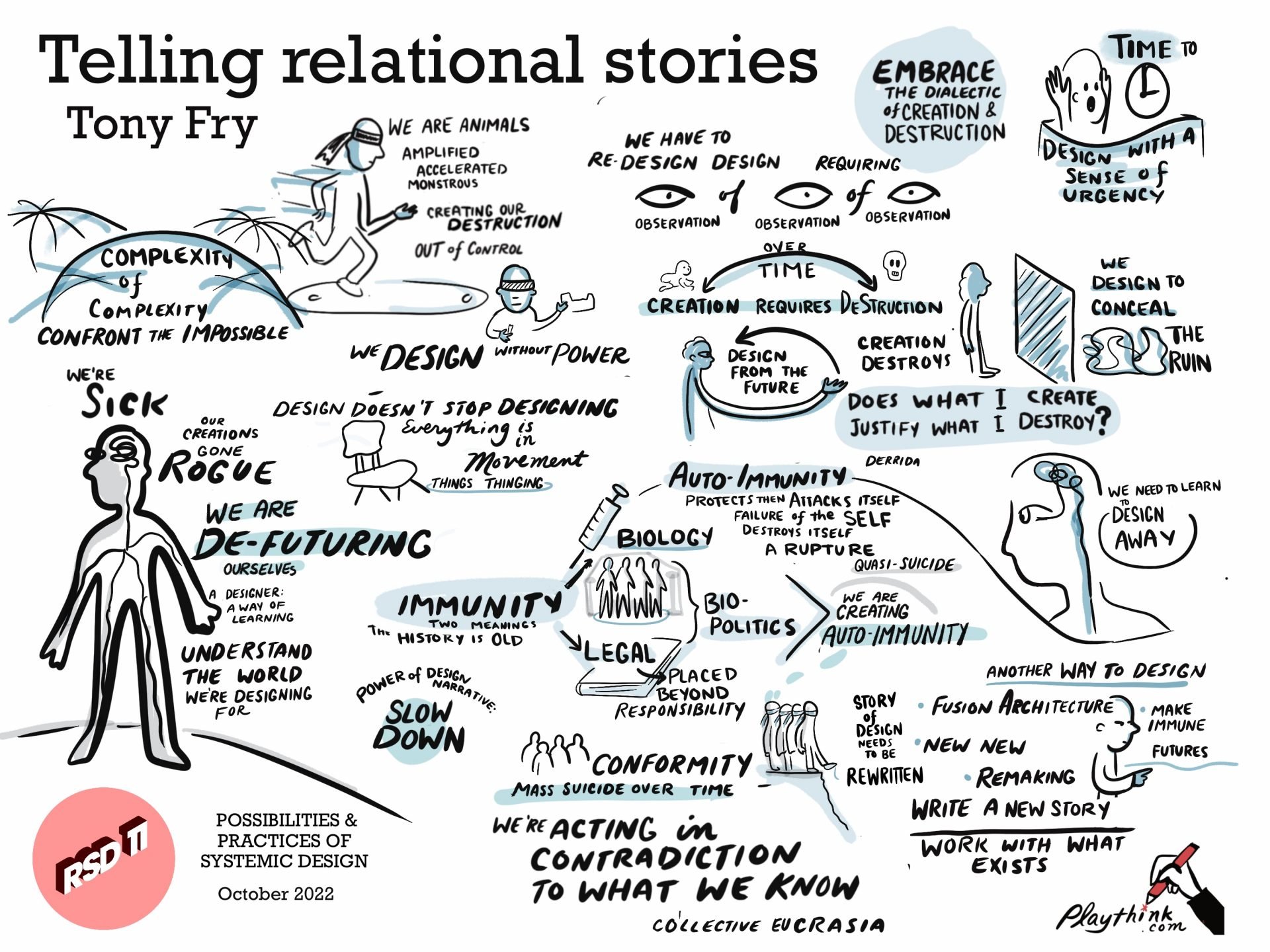 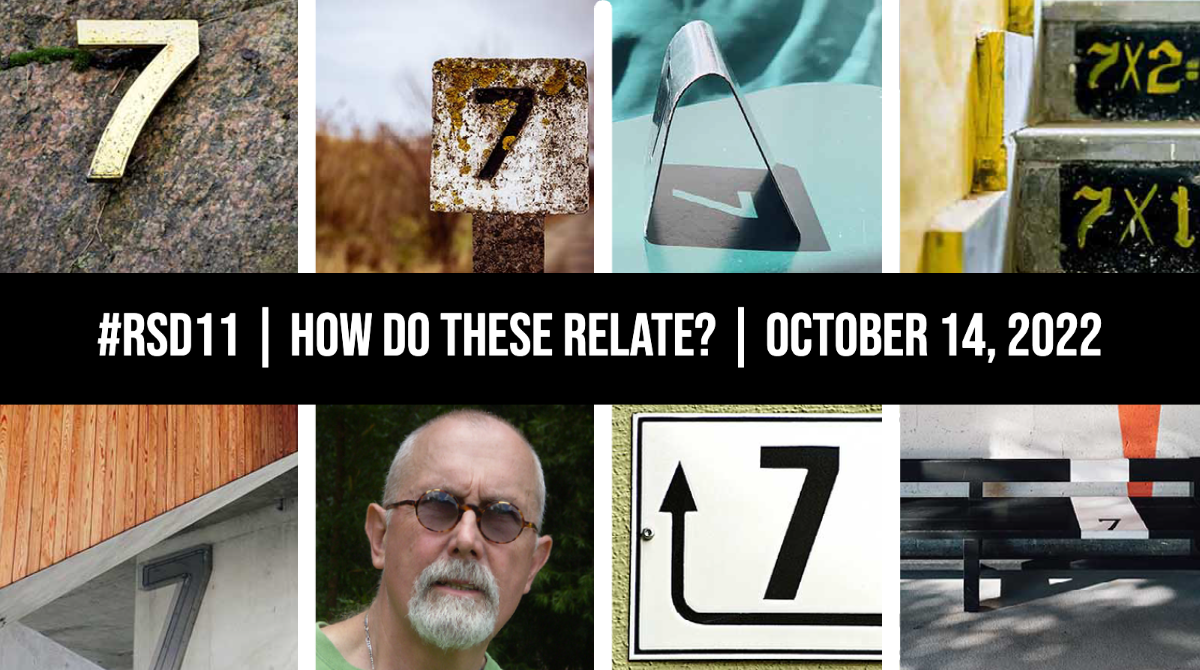