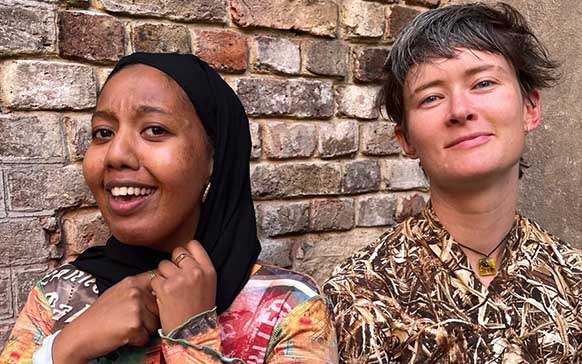 In collaboration with Sofia Deria

Elaborating on systems in practice – tracing strands of social change through interdisciplinary spatial and architectural research.

Architecture as a profession is intricately linked to power and development structures that reflect and reproduce societal values. The majority of work done in this field reproduces the existing order and inequitable implications for the planet and those living on it. How might we expand the scope of architecture to reorient around different priorities, enact different systems and make space for different forms of living together?

This presentation discusses how an emergent interdisciplinary network of action research – ab__ – is starting to explore how this might be possible. By using key research questions to frame and inform live projects, ab__ is concerned with design not only as a physical and material concern but also as working through organisational and relational cultures.

Ab__ emerged from the award-winning architectural group Assemble, and the two organisations are collaborating on a project working to engage directly with land distribution and commodification. House of Annetta is a new social resource centre growing in a semi-derelict house, previously occupied by cybernetician and polymath Annetta Pedretti. There are many shapes of systems intersecting through the project for which we are developing and noticing various methodologies to engage with. These range from meaning-making to architectural design to a multi-layered engagement with spatial justice.

Fran Edgerley is an initiator of the new interdisciplinary action research network ab__; a decentralised organisation of people practising more equitable worlds. Through this, they are trying to build knowledge around the invisible structures and dispositions that produce and are reproduced by our social and physical architectures. This includes projects investigating the means and possibilities of land redistribution, the reorientation of power through the delivery of capital projects, improvisation in housing and the hostile UK asylum system.

Prior to working as ab__ Fran was a founding partner of the architecture and design collective Assemble, with whom they worked for 12 years to look critically at the processes producing our built environment. Through work with Assemble, an interest in how the physical world is made evolved into a commitment to build projects with communities, expanding that experience of making and remaking the world. This motivation has been a driving force behind many projects, including Otoprojects, Baltic Street Adventure Playground, Granby Workshop, Transnational Interstate Art Agency, Pioneering Places and House of Annetta.

Fran’s practice includes work with democratic education, collective somatic explorations of space and filmmaking. Over the past decade, they have worked on a range of projects – both material and relational – alongside communities in Scotland, England, Portugal, Iceland, Germany, the USA, Holland, Peru, Denmark and Estonia. Fran intermittently teaches at international academic institutions on the intersection of architecture and adjacent ‘subjects’. Fran is a trustee at Baltic Street Adventure Playground.

Sofia Deria is new to the field of systems thinking, Sofia Deria explores the nuances of culture and community. Having an education rooted in the arts, Sofia critically navigates the shifts between her heritage and upbringing in the west. Often described as a facilitator over participator, she experiments with film and language as a way to preserve and celebrate black bodies and black stories. Currently, Sofia is working on the House of Annetta; a directory of ideas, collaborators and users growing among the fragmented floors of the house. Typically you will find her reimagining how we can create with the world, rather than against or for it. Her future is driven toward creating a resource hub on black and African art and design. Her present self is sifting through memories, poetry and other archival material to build this wealth of knowledge. 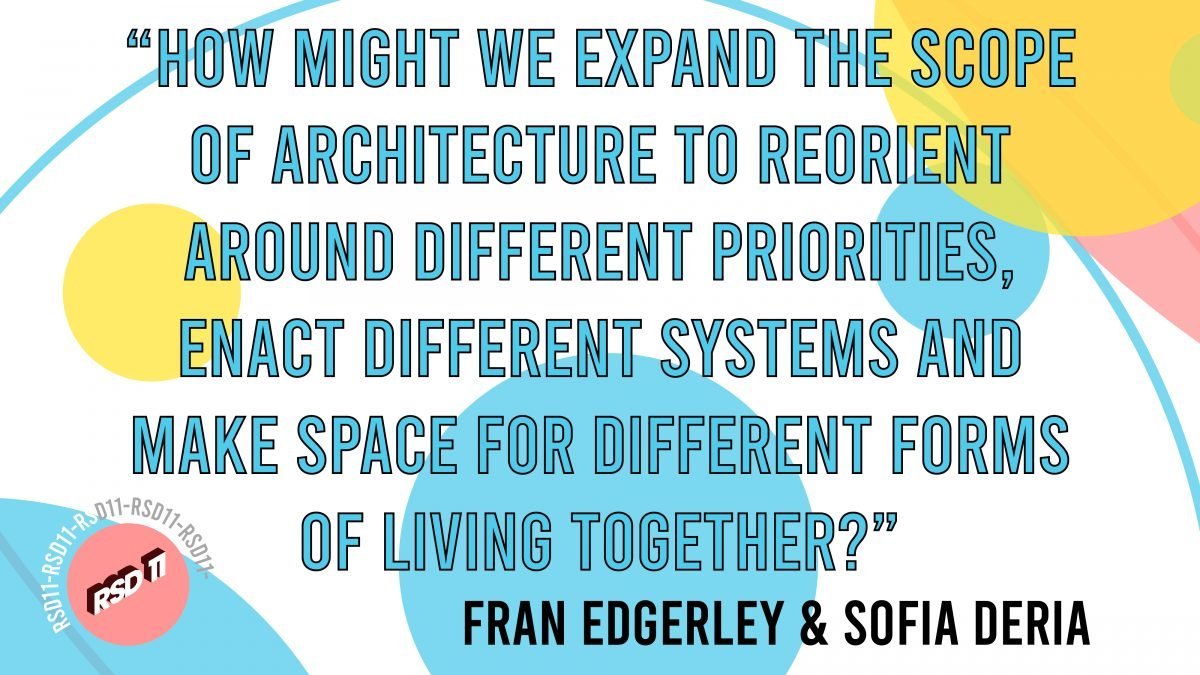 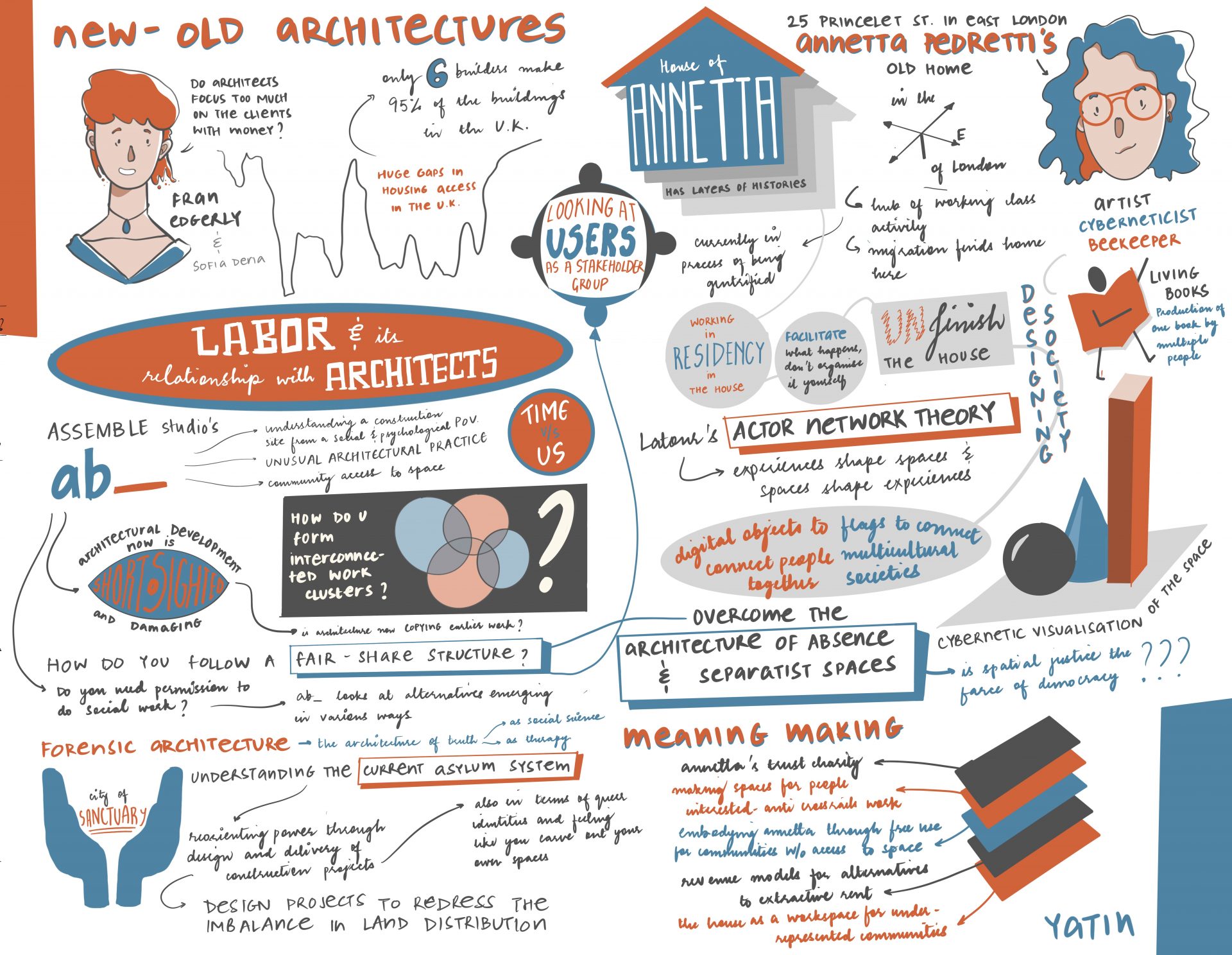 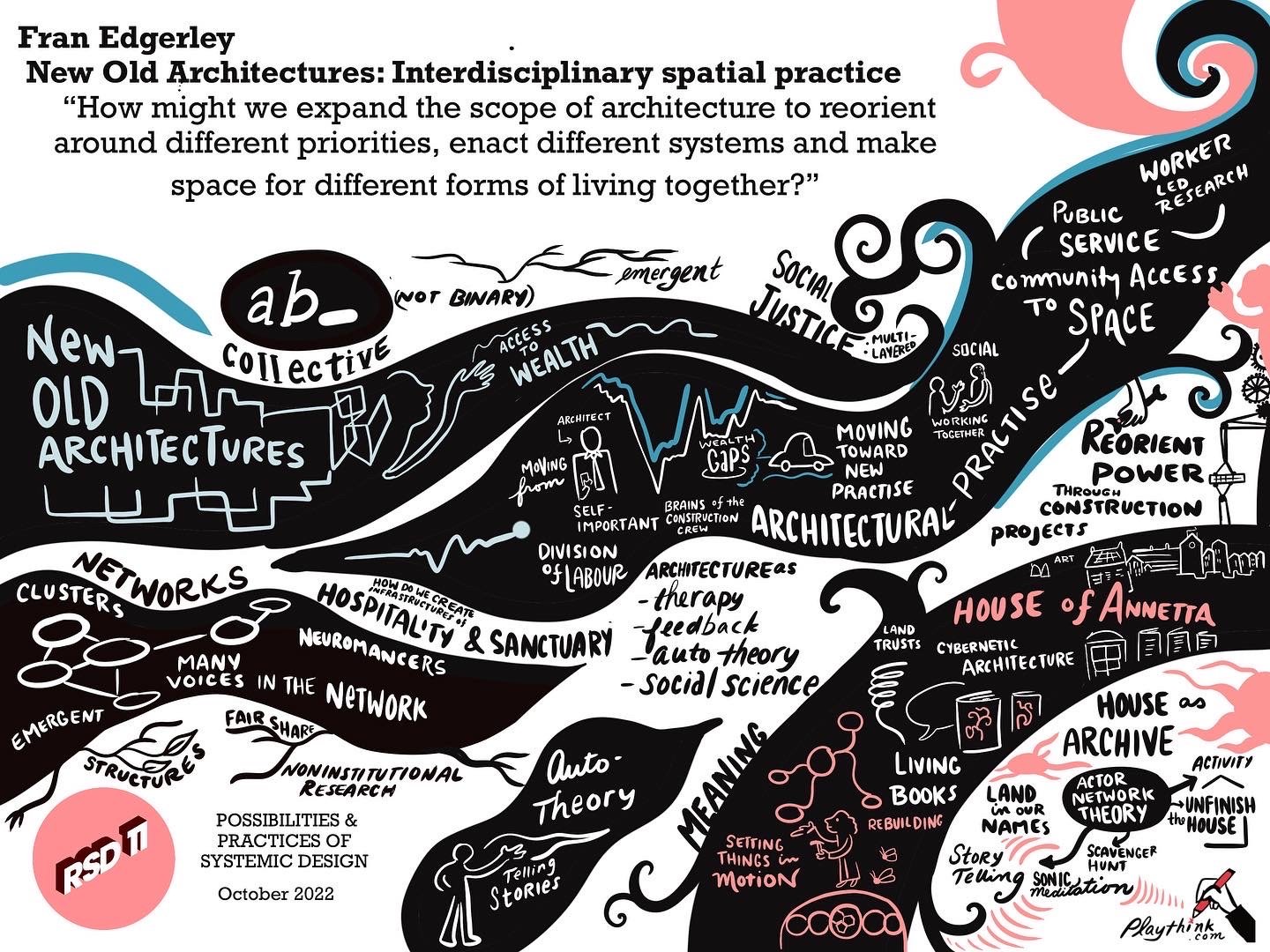