Life Conservation: A study into systemic design for wildlife

The foundation for any flourishing system is balance; something that has been lacking in the modern Anthropocene era. While designing our future, we largely forget the other 99.99997% of inhabitants on this Earth. The paper answers the question of what design can do for wildlife.

Wildlife is mostly thought of as the tigers and elephants in the forests to the fish and crustaceans in the sea; creatures living in their own worlds far, far away in their own worlds. If we really begin to define wildlife, we will realise it includes beings we live with; sparrows, bees, butterflies and a whole multitude of other species we see in our day to day lives; and even more that affect us directly and indirectly.

Wildlife is an undervalued element of a sustainable future. They are inevitably linked to everything; be it the tourism, healthcare, or food industry. However, the investment in our wildlife is only a minuscule fraction as compared to the benefits reaped from it. The paper talks about the link between economic and ecological systems, and how we can create a flourishing sustainable economy by taking into account all life on Earth.

There is an understated interdependence between social and natural systems. While being a vital part of our economy, wildlife is also a vital part of several societies and cultures. There are also direct links between wildlife and human wellbeing and health, all of which are quantitatively and qualitatively proved in the paper.

Local context is as important as in any other system; with the huge diversity in habitats and natural ecosystems, there is also an equally large diversity in the socio-cultural and economic attitudes to wildlife. Geographies and manmade borders conflict with the natural ones. This makes the problem even more complex, and this complexity is further explored in this paper.

This project explores the roles of systemic design and research as a tool to create not only holistic solutions but explore the right areas of intervention. The project’s main outcome included the creation of over 60 design briefs or opportunities for designers to get involved and fix the problems of wildlife. Work was also done to empower cooperation across different sectors that deal with wildlife; acts of co-creation and co-design between the government, non-government organisations, and the general society.

While this study is primarily focused on India, it has applications for wildlife and designers around the world. For a country that is developing at breakneck speed, it is vital that future policy design ensures a more sustainable future.

The involvement of the design industry can create fresh, new possibilities that benefit not only wildlife but the humans that depend on them, directly and indirectly. It increases the scope of designers beyond aesthetic logos and functional chairs, to tackle larger, more systemic problems in the world we live in.

Life conservation; A study into systemic design for wildlife from RSD7 Symposium 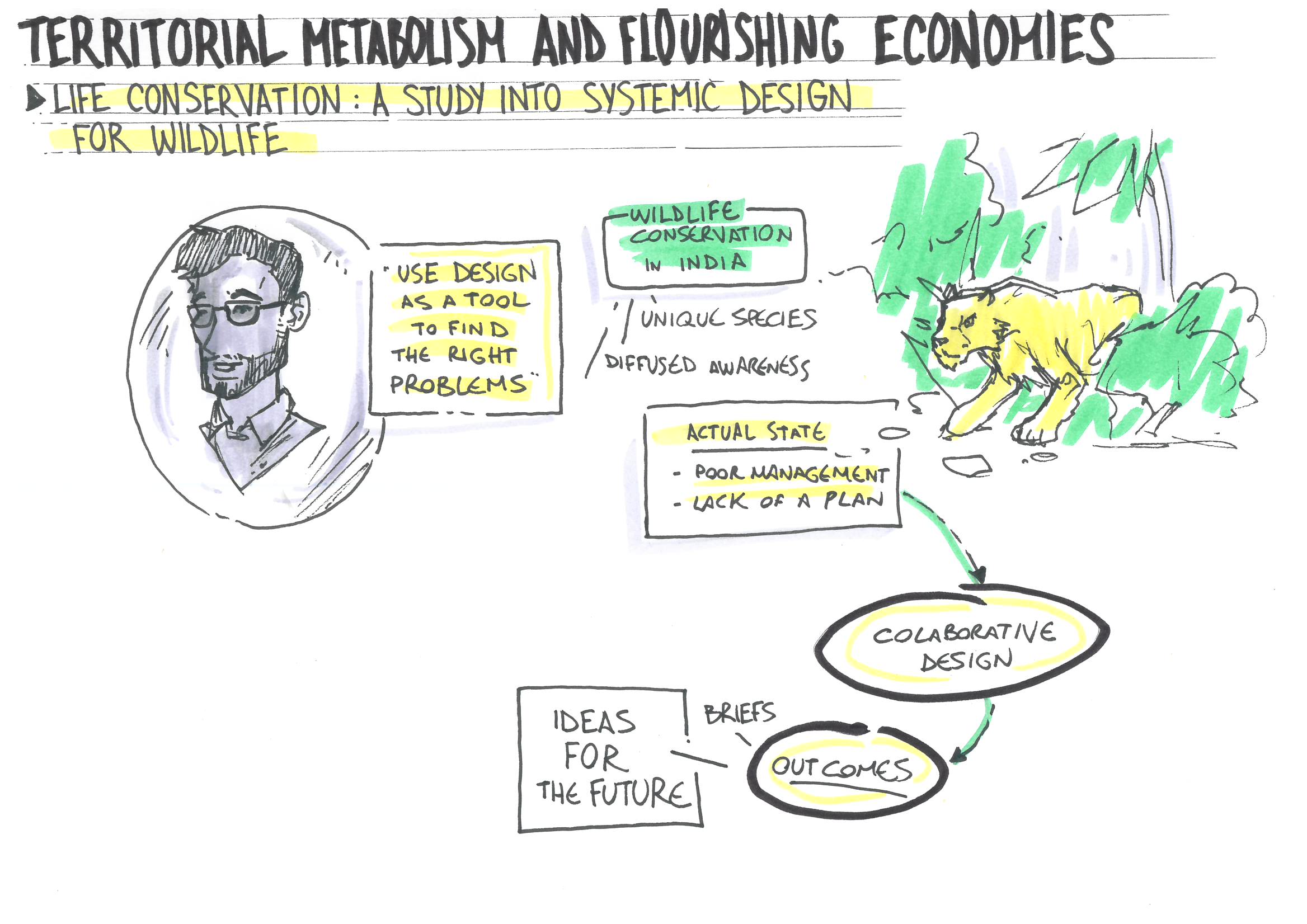