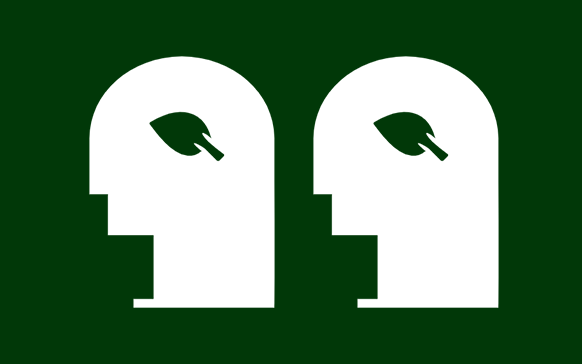 Our workshop introduces the systemic thinking of the Kogui indigenous population, descendants of the Pre-Hispanic Tairona civilization, from the Sierra Nevada de Santa Marta, in northern Colombia. It also provides the opportunity to apply some of their architectural systemic concepts to meet current western demands in the territory where they live. Together with the audience, we would like to create new concepts of habitats that respect and promote their systemic thinking, while providing alternative valuable ways of life to western visitors or outsiders living in the area.

In recent years, threats of their cultural extinction have become greater (Huertas et al., 2017). We believe now is the time to combine Complexity Theories and Design System, which heavily concurred with their ethos, to design valuable propositions for Westerners getting closer to their habitat. The disappearance of their cultural traits is not only a great loss for humanity but for alternative models of life, design and thinking that respect and thrive along with ecological systems.

Who are the Koguis? Spanish Conquistadors of the 16th Century brought new diseases to the American Continent, resulting in a massive genocide of the native tribes. The survivors of these cultures in the Sierra Nevada fled into the high lands of the mountain and their descendants have remained there until present times. These indigenous communities are the Kogis, Arhuacos, Wiwas and Kankuamos, some of which maintained almost absolute isolation until the early 20th Century and kept some of their ancient traditions practically intact.

The Wiwa, Arhuaco, and Kankuamo have suffered the greatest acculturation processes, while the Kogui has managed to maintain deeper isolation and keep their traditions less altered. This isolated condition of the Koguis has created a window into the past for academics to learn their ancient culture in the purest ways. However, this isolation has also made them more vulnerable vis-à-vis the other groups who have acculturated more to Western society. Therefore, the challenge for the Koguis has become a constant dichotomy between opening up and assimilate like the other descendants of Pre-Hispanic tribes, or to retrieve themselves even more to preserve their culture and ancestry.

In 2018 President of the Republic of Colombia, Juan Manuel Santos signed the decree of the so-called “Black Line”, which recognises the existence of sacred sites for the four indigenous groups of the Sierra Nevada and the consequent incidence of these communities in these places. The Black Line is essentially a polygon that delimits a territory where there is a series of sites of very high symbolic value. This without a doubt has brought some peace of mind to these populations. However, some of these terrains are already owned by property developers who want to exploit the land for commercial purposes. This clash of ethos and interests are some of the challenges that the Koguis have to wrestle with. By being the most isolated group, they have the hardest time finding joined purpose with Western groups, who would ultimately take over their land, patrimony and existence.

The above considerations are coupled here with fieldwork carried out in a Kogui indigenous community in the Sierra Nevada of Santa Marta, Colombia. Some of its members experience a process of cultural transformation and the effects on their ethnic identity and territorial appropriation. Some changes, although relatively small and apparently inconsequential, ignite heated debates within their society since the sum of these can trigger alterations of the political and economic order in the near future. The delicate balance between cultural identity and elements of the past is something that can be interpreted as a management tool in the exercise of power relations within a geographical context.

Currently, based on our research the main challenge is the clash of ethos and thinking between their systemic understanding of the world and Newtonian and Neo-liberal one. Therefore, the task for our workshop is to share the principles of the Koguis’ systemic thinking connected to Complexity Theories and to apply to the design of eco-lodging, eco-markets and eco-initiatives that respect their culture, land and beliefs but also allow Westerners to meet and learn from their wisdom.