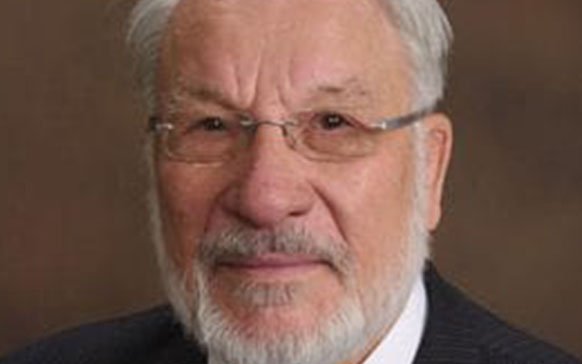 Klaus Krippendorff, a giant in the fields of cybernetics, systems thinking, communication and design, as well as their intertwining, passed away on October 10, 2022. He was 90 years old.

His work holds special significance for our Relating Systems Thinking to Design community. Indeed, he was a keynote speaker one year ago at our RSD10 symposium.

Klaus’ talk there offers powerful insights into his larger ecological concerns about design practice and seeing the larger system in which design takes place. He chose as his title, From Uncritical Design to Critical Examinations of its Systemic Consequences. In his talk, Klaus encouraged us, as designers, to be critical of what our work supports, to be “cognizant of and accountable for the systemic consequences of our designs and move from uncritically embracing innovations to an emancipatory perspective on the systems we enable.” He challenged us – the community of designers – to “combine large systems conceptions with critical and liberating efforts.”

Klaus was Gregory Bateson Emeritus Professor of Communication at the Annenberg School of Communication at the University of Pennsylvania, where he had been on the faculty since 1965. He published over 250 books and articles on cybernetics, communication and design throughout the course of his career. Among the many awards that Klaus received was an honorary degree from Linnaeus University in Sweden, the Norbert Wiener medal for lifetime achievement from the American Society for Cybernetics, the Norbert Wiener/Hermann Schmidt prize from the German Society for Cybernetics and the German Society for Pedagogy and Information. In addition, Klaus was recognized as a Fellow of the American Association for the Advancement of Science (AAAS), an International Fellow at the Society for the Science of Design Studies in Japan, and a Fellow of the International Communication Association, an organization of which he was also President. Klaus’s contributions to arenas of the academy and also systemic and design practice were much larger than his recognition by awards, as significant as those awards are, as can be seen by the connections across disciplines that he forged.

Klaus graduated in 1961 from the Ulm School of Design in Germany. This background led Klaus to see and to make connections with design in many ways throughout his career. From Ulm, He received a two-year Ford Foundation International Fellowship to study communication at Princeton University. Klaus then received his doctorate from the University of Illinois, in Urbana-Champaign, in Communication, in 1967.

Klaus brought his background and design and communication together, and wove them into a program of scholar-practitionership by infusing the connection with ideas from cybernetics. This fusing led to many significant works in human-centered design, including his The Semantic Turn: A New Foundation for Design.

What was central to Klaus’ interdisciplinary – even transdisciplinary – concerns were always the betterment of our human condition while at the same time appreciating the larger ecological system in which design is done. More than that, it was Klaus’ intense curiosity and ways of challenging taken-for-granted assumptions that marked his work – and his play. He was always quick to ask “what-if” or even “why not?” as an opening to see things in new ways. This “why not?” approach, always done with a smile, led to highly innovative approaches to design even of his own house. His home in Philadelphia was a centre for conversation about cybernetics among his students and colleagues – with his innovative design of his conversation pit as a key feature. His approach to systems and to design can be seen to reside in a braiding of the aesthetic with the relational. This insistence on the relational could also be seen, most importantly for our audience today, as asking us to not only appreciate Relating Systems Thinking to Design, but also Relating Design to Systems Thinking. Their mutual relationship is a key aspect of the inquiring spaces into which his work invites us.

Klaus’ children, Kaihan and Heike, noted that “he lived his ninety years of life like a curious child, on the beach of life, building the perfect sandcastle, pushing the boundaries of knowledge of science and art. We are all the beneficiaries of his pioneering discoveries, whether we know it or not.”

As someone who has been a student, a colleague, a fellow traveller, and a longtime friend of Klaus, I wholeheartedly agree. We will miss you, Klaus – thanks for all you have offered us with your design for humanity.

From Uncritical Design to Critical Examinations of its Systemic Consequences -Klaus Krippendorff, RSD10 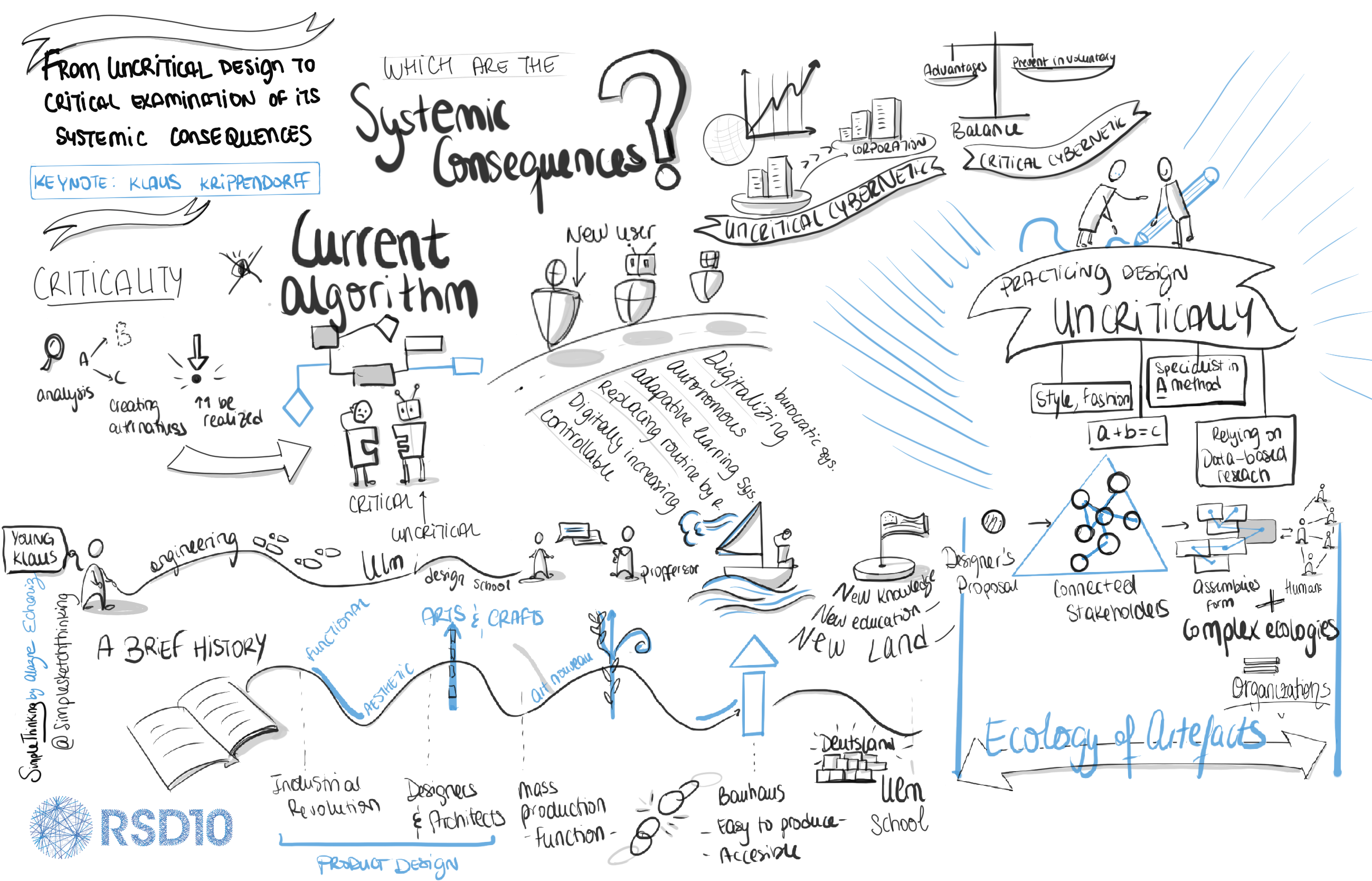