Holistic and dynamic concepts in design

How may the inherent abilities of the designer contribute to the development of systemic design?
This presentation will be a rhetoric monologue that will discuss some of the ideas and approaches known in design over a long period of time. It will discuss these in relation to the emerging concept of systemic design. Earlier attempts to integrate systems thinking in design have largely failed. Explanations for this failure have been arguments about systems approaches being alien to designerly ways, or the systems approaches have been too inflexible and dogmatic and the seamless integration into designing has failed. But there might be other additional reasons that so far have been largely overlooked. I will argue that design over time has developed a series of concepts in dealing with complex issues and to generate holistic resolutions. Some of these ideas and concepts are so basic and embedded in the designerly DNA that this might explain why they have not been looked at closer in this discussion. Systemic approaches have faced a resistance when entering the fields of design not only because they misfit but also because they had to compete with already embedded and integrated approaches and concepts. The radical potential of systemic design is that it might create new ways of relating design and systems thinking and hence also these inherent designerly concepts. Understanding the inherent ideas and concepts in regard to systemic design will shed more light on the problems systems thinking has faced regarding the design field. I propose that these designerly concepts to deal with complexity and create holistic solutions are the core of what design brings to systems thinking.

One of the central features of the designer is the ability to create harmonic wholes. Confronted with many demands, briefs, complexities the designer aims at generating one holistic response that solves some or many of the contradictory inputs in the shape of a more or less esthetically beautiful and elegant form.

In resent debates in design research this ability to design has been regarded as less important compared to the effort to move design closer to scientific research. If this shift comes at the cost of the mentioned central ability it will be catastrophic on several levels. First this designerly ability is truly the hallmark of design work and it is a genuinely specific activity that is particular to designers. We might find seemingly similar activities in other neighbouring fields like art and engineering, but none of them have the complete and versatile version as found in design. There is a danger that abandoning this root competence will destroy design. The core competence of composing holistic solutions will erode and we will see lesser solutions. Even as we speak discussing beauty, elegance and aesthetics in the context of systems thinking seems problematic. 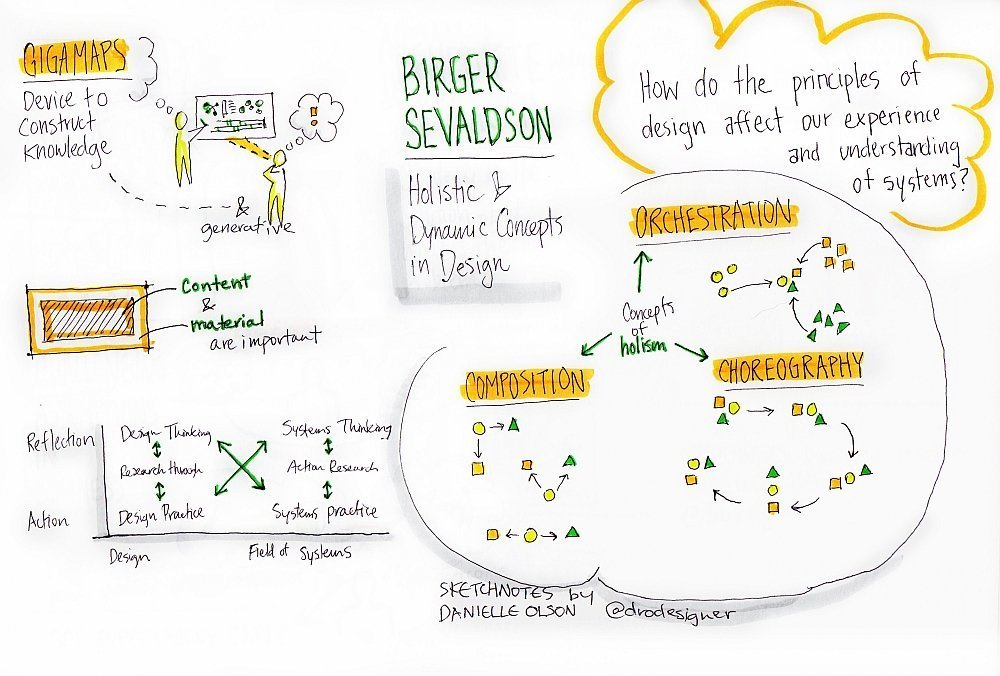