Global Elephants in the Room: A reflexive prospective following 50 years of the Global Problematique -89

It has been 50 years since the original Limits to Growth report to the Club of Rome. Since then, many of the original controversies triggered by the dire scenarios produced by the Meadows research team have been accepted as current outcomes of their prediction, anchoring its position as prescient in climate and economic policies. However, the original Club of Rome prospectus the Limits to Growth project addressed was based on the Global Problematique, a problem framing produced by Hasan Özbekhan, a first-generation social system thinker, who advocated requisite variety and stakeholder engagement to resolve the problematique. After 50 years, the technocratic approaches of systems thinking still pervade methodology and even design. The globalism inherent in the Problematique also remains; with rapidly developing new economies in the Global South, these assumptions ought to also be reconsidered. Why must the Problematique be situated as “global?” Over Özbekhan’s stakeholder-centred vision may be achievable today, but who are the real stakeholders for these problems? the course of the first half of 2022, a collaboration consisting of original Club of Rome advisor Alexander Christakis and the Agoras community of practice re-examined the original Problematique using a framing of Özbekhan’s definitions of the problems and assessed the structure of priorities in the context of the climate crisis. I report on the mappings from these studies and discuss alternative non-Western frames that show significant differences in priorities if the Global South is centred instead on the West. I critique the original view of “the global” as originating from the Club of Rome’s expert-centred framing and contrast the Western policy mindset with systemic design’s stakeholder-centred systems view. 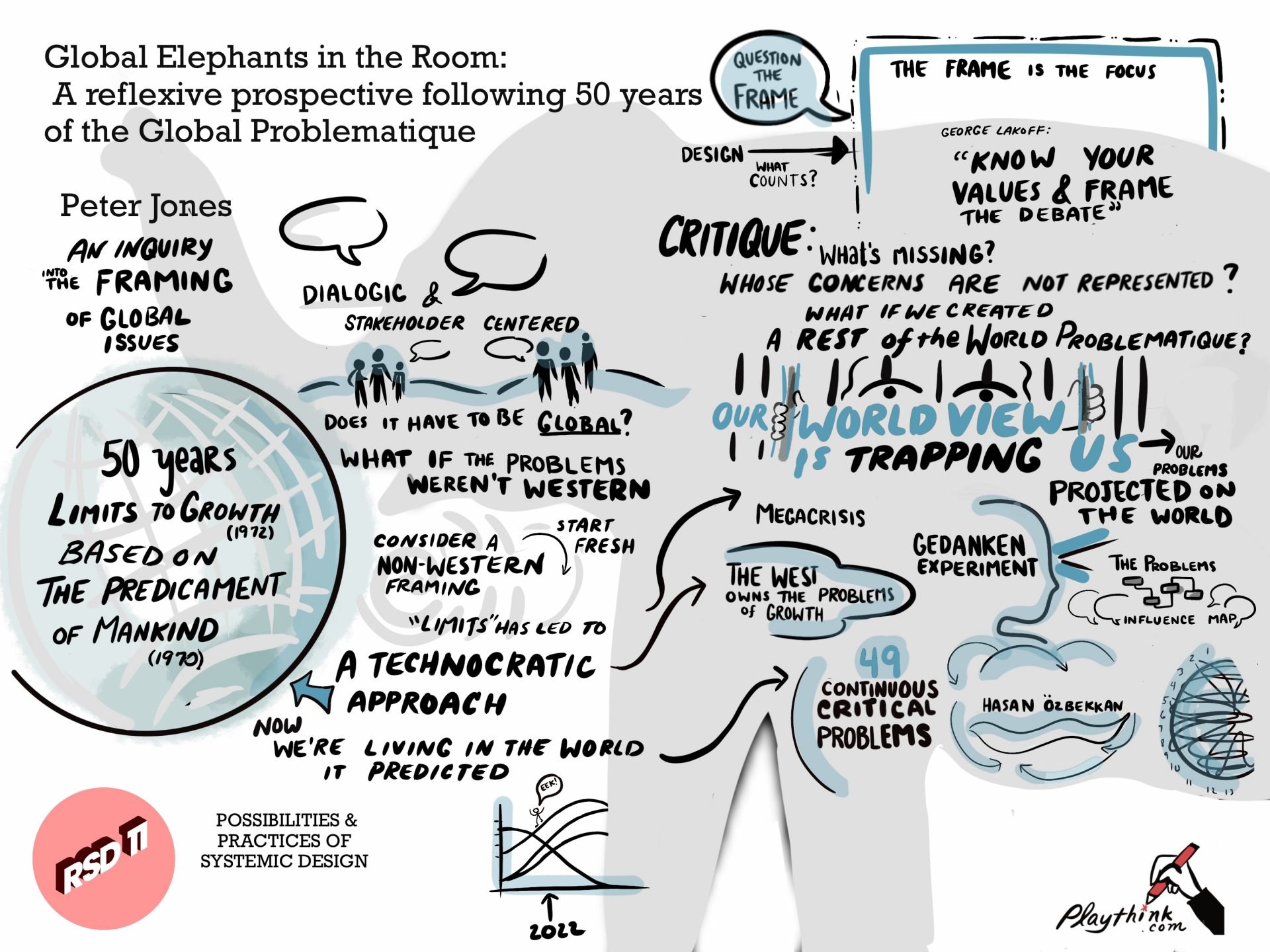