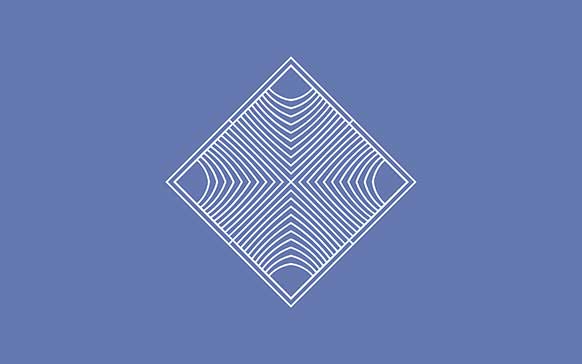 Gaming has immense potential to understand the cohesive, large-scale complexly entangled system with human and non-human actors negotiating for the individual’s wellbeing. The contribution of games (serious games) or gaming simulations has established and sustained its relevance over many decades in the domain of research and entertainment in planning, policymaking, banking, education, health, climate change and so on. Anthony Giddens states games represent a duality of structure as players of games constitute the emerging social organization, while at the same time the game is the very medium of its constitution.

Gaming simulation of a complex system provides an experimental environment, independencies of resources, and rules-based interaction among human and non-human actors to grow the emergent networks. It reflects the multiple winning and losing states based on short- and long-term planning and actions of the actors. Where actors act based on the experiential learning from the payoffs of action at individual and collective levels through feedback mechanisms deliberately built within the games. On one hand, it gives a chance to actors to play the role of a protagonist to act, control, predict and envision the strategy and consequence of connected action of the system. On the other hand, it provides the researcher to document and analyse multi-layered emergent behaviours of the actors with an experimental environment. Our research is focused on developing a Gaming Canvas for designing serious games based on the real-world emergent system.

We have developed an initial framework for the systemic translation of the multi-layered interdependencies of human and non-human actors in a shared environment to design a game. This framework was developed and validated in a 5-days workshop for the Synergetic Landscapes unit of the Master of Architectural Design at the Welsh School of Architecture in collaboration, the School of Architecture and Planning, Bhopal, India. The findings of the workshop were translated to CO-DE|GT mobile application to develop a sustainable token economy for human and non-human synergy across an urban ecosystem.

The framework for gaming canvas is designed to make a systematic inquiry of the micro interdependencies within networks of stakeholders (humans and non-humans) in the shared urban space. This involves shared and unshared resources within urban spaces and their perceived benefits and losses to understand the challenges and opportunities of co-living for collective wellbeing. The canvas methodically connects the micro interdependencies between stakeholders to macro-level networks. The dynamic interaction and interdependencies between the actors (human and non-human) provide an emergent structure of the system as well as the game structure. The translation of real-world complex dependencies at individual and collective levels leads to experimental rules, payoffs, goals, and states of winning and losing of the game.

The canvas is largely divided into two parts:

The workshop structure will comprise of: 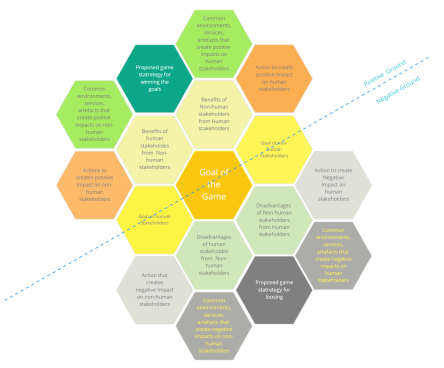 The gaming canvas Is largely divided into two parts