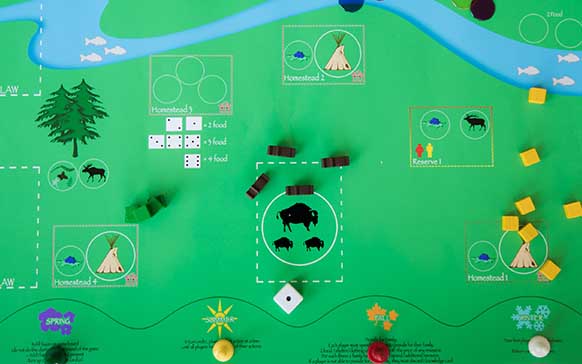 Gamifying the Concept of Wâhkôhtowin to Rebuild Relations -199

Wâhkôhtowin is a Cree word that loosely translates as “kinship”. More broadly, it means being interwoven into relationships, communities, and natural systems. From an Indigenous perspective, Wâhkôhtowin establishes a road map for guiding human actions and connections. As a product, the Exploring Wâhkôhtowin board game is designed to foster dialogue about Indigenous relations in Canada in an engaging and meaningful way.  It aspires to spark non-Indigenous people to start thinking about the meaning and impact of the treaties signed between Indigenous Nations and the British Crown (later, the Dominion of Canada) stemming from the Royal Proclamation of 1763 and how we can improve our relations under them.

Treaty, as a concept understood by the Indigenous Nations that signed them, in this case, the Confederacy of Treaty 6 Nations in the provinces of Alberta and Saskatchewan, is not an historical relic but a living, sacred document that governs the exercise of sovereignty in cooperation with (rather than subjugation to) the Canadian state on a nation-to-nation basis. These agreements were systemic in nature and intended to last for “as long as the sun shines, the rivers flow and the grass grows” (Confederacy of Treaty 6 Nations).  Abrogation, dismissal and violation of Treaty responsibilities by the Canadian government has led to horrendous consequences for Indigenous (i.e. First Nations, Metis and Inuit) people. For example, the creation of the abusive Indian Residential School system led to oppressive and deleterious impacts, which continue to be felt in the present day across the country.

The first step to rebuilding relationships, strengthening self-determination and exercising inherent rights is knowing the shared history of these territories and the impact of events, policy, and legislation on us all. As it has been made clear, “Indigenous knowledge has been relegated to the periphery, and Indigenous research is about making that paradigmatic shift to more inclusive and respectful practices” (O’Reilly-Scanlon, Crowe and Weenie, 2004).  Thus, as a pedagogical tool designed for use in schools and libraries, Exploring Wâhkôhtowin represents opportunities to upend normative colonial and Westernized thinking about the settlement of Canada.  It re-ascribes meaning to the 11 Numbered Treaties signed in the late 19th and early 20th Centuries. It is part of a broader systemic shift to decolonize curricula within primary and secondary educational systems.

This exhibit contains the game board, background document, cards and tokens that comprise the Exploring Wâhkôhtowin board game. 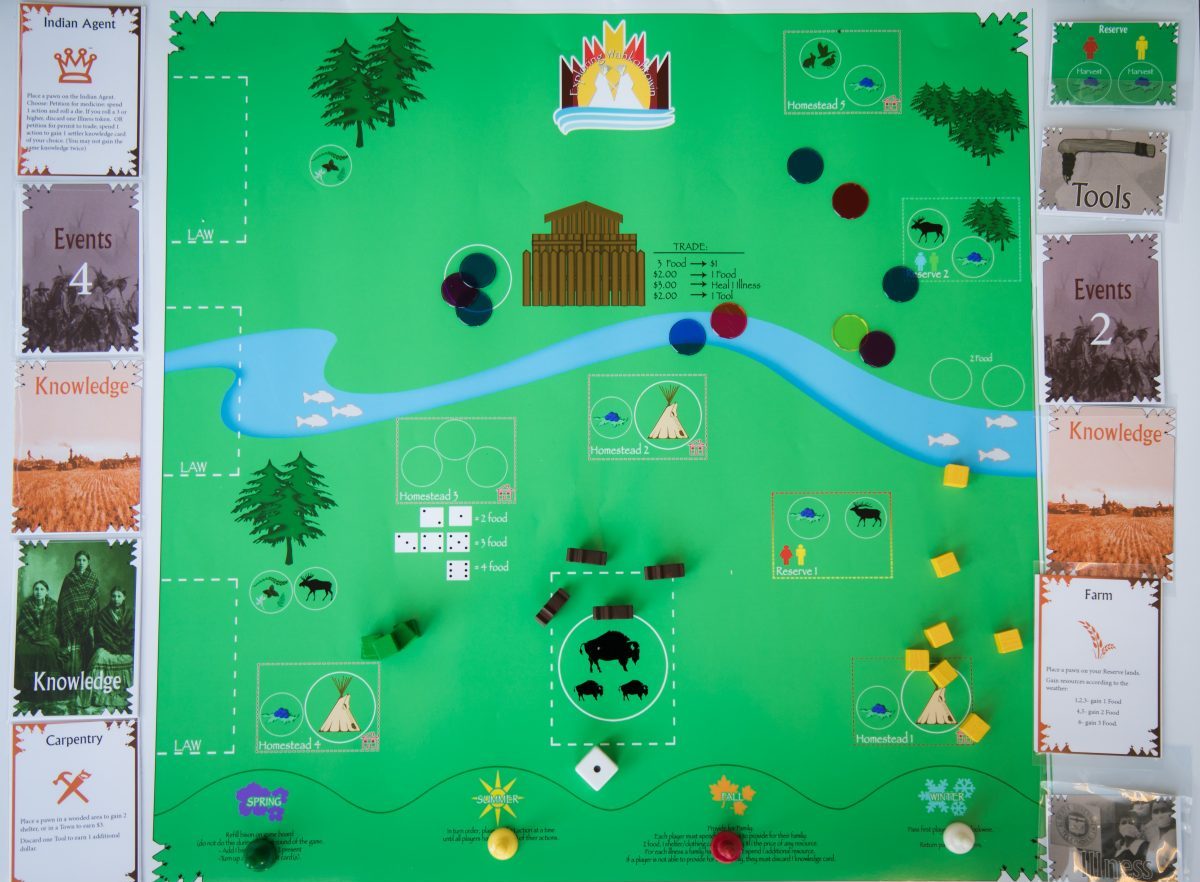