In order to deal with this, organizations need to improve their adaptivity: to become sensitive to what is happening outside their boundaries, and to act upon external signals in flexible ways. Adaptivity requires a delicate balance between efficiency and innovation (Schwartz, Bransford & Sears, 2005). Organizations that enable an adaptive response open up adaptive space by engaging networks and emergence (Uhl-Bien, 2017).

In the last decades, a more strategic role for design and designers has been found to help organizations to deal with complexity and uncertainty in a dynamic world (e.g. Nelson & Stolterman, 2012), especially because of the constructive approach of creating future artefacts that help experiencing possible futures, by means of for instance prototypes, visualizations, or video.

In this paper we present our approach to open up adaptive space in an organization in a designerly way, and our first learnings when applying this approach in a real-life case example.

The presupposition is that a designerly feedforward learning approach, which we refer to as ‘future probing’, will help organizations to become prodaptive, as in being able to anticipate changes and act in preparation of these. The core mechanism in adaptivity relates to feedback. However, in volatile situations mere reacting on changes in the environment is insufficient. A proactive attitude is required and a sense of ownership to actively seek for weak signals of change. To anticipate the changes requires some understanding of the situation and the capacity to ‘read’ future signals that indicate what is about to happen. Like a toddler’s mother, who embraces herself because she picks up the signal that her child is going to jump into her arms (as toddlers do), and because she knows the toddler expects to be caught (as mothers are supposed to do, according to child logic). It helps to have experienced a similar situation before to make sense of the emerging future situation and to be able to make better decisions in the present.

The exploration of possible futures allows a cross-disciplinary group to gain insights and build understanding on future (societal) challenges. Future probing opens up adaptive space by inviting people to step out of operational flow and link up with other disciplines for exploration.

Approach: Combining Future Visions and Pressure on the System

Our two-tier approach consists of first exploring possible future visions by means of concrete manifestations of possible futures (e.g. Gardien, 2006), followed by niche experiments intended to put pressure on a system (e.g. Schot & Geels, 2008), in order to provoke regime change. Chris Ryan (2011) refers to such an approach as ‘eco-acupuncture’: identifying where energy is stuck in the system, then putting pressure at those points in order to allow for the release of that energy.

The process starts with mapping the current situation, stakeholders, trends and drivers. From a combination of trends and weak signals a range of future visions is explored by making tangible future probes. These are products or services, that represent the projected future in a provocative way, and enable people to experience and discuss how they would deal with such a future and what are underlying values and motives. The narratives and insights are used to develop so called future enriched experiments, to poke the current system to evoke movement.

In this approach learning takes place on three levels:

Together, the research group Co-design and a provider of ICT infrastructure to Dutch research and education institutes explored futures where data are abundant, along three lines: autonomy, educational big data and data ownership (knowledge development). The intention of the project was to design, lead and communicate a process, that would activate employees to deal with future changes (professional development), and that would start a cultural change in the organization toward a learning, prodaptive organization (systemic change). The details of the approach were developed during the project by a core team of both frontrunners from the organization and codesign researchers. This development was guided by these design values: pushing boundaries, discovery by serendipity, enabling to act and make, cross-disciplinary collaboration, learning from the future. The frontrunners acted as ambassadors of the three themes and reached out to other employees to take part in thematic embassies, based on curiosity and expertise. Furthermore, students were involved for their youthful energy and to look from fresh perspectives.

Step 1: by mapping the current system a dialogue about trends and drivers, like data accessibility (open, closed), automatization and robotization, instigated the discovery of new frames. Powerful ‘what-if’ questions started alternative world views regarding control and autonomy: “What if technology takes all decisions for and about us?”

Step 2: experiential far-future probes (visionary prototypes) were developed as entry point to this new world. People were asked how they would deal with such a situation. E.g. students were offered a study contract by their university, that lowered their tuition in exchange for controlling all their personal data.
Students appeared open to some kind of fair trade, but demanded that use by commercial third parties would be prevented at any time.

Step 3: although in this case we did not yet conduct near-future probing experiments, it would be valuable to investigate how students could have more control over and insight in the personal data, that are now kept by educational institutions, for instance in a personal education ID. Currently an employee is researching this in a PhD-trajectory.

When putting the future probing approach to practice, it appeared difficult to let go of current frames and thinking patterns in favor of more radical innovation. Even more cumbersome was to connect activities and insight from the far-future explorations to the present, without complying to the organization’s pull to order and stability. Bootcamps and workshops generate energy among diverse groups of people and this opens up adaptive space (Uhl-Bien & Arena, 2017) to share and develop knowledge. However, we encountered difficulties in trying to hold this adaptive space to facilitate more continuous innovation. We found both enablers and obstacles:

• Generative tools and visualizations to support the process increased confidence among the participants who were unfamiliar to the process of future probing.
• Alignment of the innovation process with operational processes of both the organization and education (when involving students) can become a huge bottleneck. Making adequate use of the flexible hours in agenda’s, like lunchtime and early breakfast helps.
• Keeping momentum throughout the whole process is challenging. Bootcamps and co-design- sessions ignited a lot of energy and enthusiasm but were considered extra time and put pressure on operational deadlines.
• Both the thematic content (data-revolution) and the novelty of the process (future probing) appeared attractors to engage employees in activities. However, because the approach was new to them, the desire to prototype new solutions to put on market next week often prevailed over learning from ‘visionary prototypes’.

The future-probing-approach is promising in opening up adaptive space within an organization, because it provides the tension dynamics needed to learn from conflicting perspectives and to create novelty by linking up with people (Uhl-Bien & Arena, 2017). Both operational and innovation managers need to develop commitment and agree on time spent on innovation. To quote the chief innovation in this case: “it should be voluntarily, but not open-ended”.

To actually enable people and organizations to be prodaptive, we need to expand the future probing practice. Therefore, it is necessary to understand its working mechanism, especially in connecting far- future explorations to near-future experiments.

The future probing practice at least needs to support participants:

… to recognise and let go of own patterns, dynamics & paradigms (probes as scaffolds)
… to change their daily practice: from focus on outcome to focus on learning (probes as boundary negotiating artefacts)
… to proactively become more adaptive to make the connection (probing experiments) 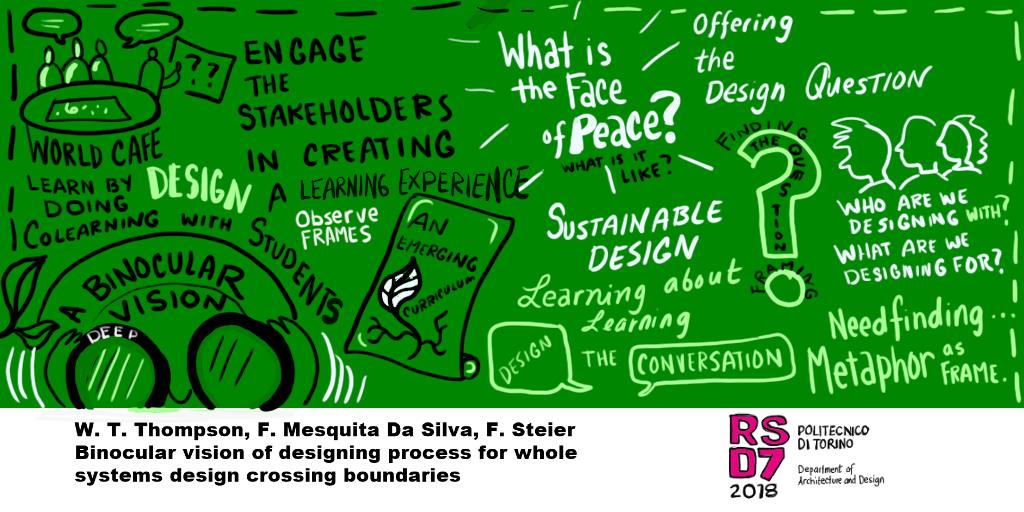