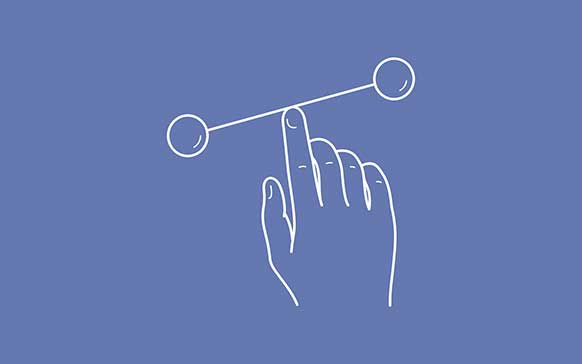 University of Twente, The Netherlands

Controversies are public discussions about issues that people disagree about (Venturini, 2010) – it is where perspectives clash and value tensions emerge. Controversies often arise in complex sociotechnical contexts that involve multiple stakeholders around societal issues that are too important to be ignored. This workshop takes a systemic design approach to sociotechnical challenges and uses the concept of controversies to unpack and address value conflicts in such contexts.

In our research, we specifically focus on smart city projects and controversies. We argue that using controversies as a starting point to systemic design can integrate creative collaboration and ethical reflection in multi-stakeholder smart city projects. Creativity assumes an action-oriented, solution-focused attitude, whereas ethical reflection requires a critical attitude. Although these attitudes seem incompatible, utilising controversies when addressing complex sociotechnical challenges can help harmonise them.

Although they are often perceived as a source of impasse, controversies help reflect on technical, social, and ethical aspects of sociotechnical challenges. In this workshop, we address the question:

What if we could embrace and use them as a source for creativity and ethical reflection instead of being paralysed by controversies?

Creating a network of conflicts

Creating this ‘network of conflicts’ complexifies the problem space and generates a deeper understanding of the issue at hand (Ackoff, 1994). By zooming in and out on the various conflicts that sustain a controversy, this workshop aims to combine creative collaboration and ethical reflection in multi-stakeholder. We contextualise our approach in smart cities since smart city initiatives entail complex human-technology relations and involve multiple stakeholders. This makes them a relevant sociotechnical context to explore the potential of embracing controversies constructively.

Generating alternative visions that go beyond technocentric perspectives on smart city projects and futures calls for thinking critically about the ethical impact of such technologies. Simultaneously, smart city visions require thinking creatively of potential solutions to minimise the adverse effects of technology while realising its opportunities. In this context, systemic design can provide the means to actively engage various stakeholders, manifest the existence of different meanings that smart cities can benefit from, and, by doing so, stimulate collaborative creativity and ethical reflection.

The outcome of this workshop enriches the conference theme ‘Playing with tensions’ as discovering, unpacking, and addressing value conflicts among stakeholders forms the core of our approach. We let stakeholders ‘play with tensions’ that arise when negotiating their interests in smart-city projects by actively seeking and exposing such conflicts.

We invite participants from diverse disciplinary and cultural backgrounds, both from systemic design research and practice, interested in exploring the role of design in addressing complex sociotechnical challenges. Applicants having an affinity with inter-and transdisciplinary research projects are encouraged to participate.

Participants team up into three groups of five people. Participants are allocated to each group based on their background to ensure a diverse distribution of disciplines and origin. One facilitator supports each group and is available to answer questions and guide the participants as needed.

Anouk Geenen is a PhD candidate within the Human Centred Design group at the University of Twente. Anouk is interested in combining the hands-on approach of design with the theoretical frameworks from philosophy and science and technology studies.

Deger Ozkaramanli is an assistant professor in Human-Centred Design and research fellow at DesignLab, at the University of Twente. She co-coordinates the educational programme: Transdisciplinary Master-Insert in Shaping Responsible Futures. She has developed dilemma-driven design, an interdisciplinary approach to conceptualise people’s dilemmas and integrate this concept in contextual research and idea generation activities for conceiving innovative products, services, or systems. Her current research focuses on developing knowledge and methods to address (ethical) dilemmas and (value) conflicts that often arise when addressing complex societal challenges in transdisciplinary settings.

Julieta Matos Castaño is a postdoctoral researcher within the Human Centred Design group at University of Twente and works on Responsible Futuring at the DesignLab. Her research interests lie in the development of approaches to support collaborative futures making. During her PhD, she developed a collaboration tool to make dilemmas explicit in multi-stakeholder settings. In her current project, Julieta explores ways to develop inclusive smart city visions.

Mascha van der Voort is a full professor in Human Centred Design and scientific co-director of the DesignLab of the University of Twente. Her research aims at developing design approaches and tools that empower all types of stakeholders to actively engage and participate in collaboratively exploring and defining potential futures.

Before the workshop/ Step 0 (warm-up package)

A short reflective exercise, which is to be completed before the session.

During the workshop/ Part 1 (40 minutes): Exploring the network of conflicts

Part 2 (80 min): Realising the potential of conflicts for creative collaboration and ethical reflection

In the second part, participants collaboratively reflect on how they can use the conflicts identified in part 1 to stimulate creative collaboration and ethical reflection. To this end, participants develop a low-fi digital intervention (this can be anything ranging from a product to a service or policy, for example) that addresses one of the conflicts that build up the controversy, thus zooming in on a specific part of the network. Then, putting their intervention into perspective, they zoom out to consider the entire network again.

Does the intervention solve any other conflicts? Does it lead to new conflicts or change existing conflicts?