Within the context of the “knowledge-based” economy (OECD, 1996), there is a common understanding that culture, art and design can promote innovation throughout economy and society by providing input to products and services in other sectors. (Throsby, 2001). Scholars of innovation and policymakers are beginning to recognise the critical role of the cultural and creative industries ‘spillover’ (Potts, 2011; European commission, 2012).
Usually, the notion of the cultural and creative industries “spillovers” is associated with the transfer of economic benefits in terms of contributions to GDP, growth, and employment (O’Hagan, 2016). However, recent analysis of spillovers of these industries invites also to consider their social and cultural contributions to quality of life, integration and cohesion in the society through the realization of knowledge and network spillovers (TFCC, 2015). This goes also along with the acknowledgement of UNESCO and European Union that culture-led creativity is vital to industry, businesses, education and community development.

The diffusion of these practices changes the landscape of innovation very much, by encouraging greater openness and inclusiveness across sectors and disciplines. More than often, the process of transferring knowledge between the design sector and other unrelated sectors is marked by a context of close collaborations, cross-fertilization and mutual learning with creatives (artists, designers, architects, scientists, etc.). In this respect, design has started to be used beyond the object production, but in solving complex business and social problems. Accordingly producing design interventions is a new kind of activity, entailing a multitude of processes such as learning, sharing, creating and experimenting (Manzini, 2015; Verganti, 2009). All these new applications of design suggest dynamic changes in the organizational and institutional models within the design sector and in the way design realises knowledge transfers elsewhere.
Acknowledging these developments, this paper first reveals the practice of design for a social change in the case study of “Costruire Bellezza / Crafting Beauty”, a permanent and interdisciplinary laboratory aimed at social cohesion. The case exemplifies the realisation of innovation through knowledge spillovers from the design sector to the social service sector.

The project started in 2014 in Turin, a city which has a long tradition for social innovation. One particular line of development in the city is the system social innovation with the aim to produce a change in the ordinary practices and policies (Ciampolini and Porcellana, 2014). In this context, Costruire Bellezza started as a pilot focused on both the empowerment of homeless people (Sen, 2000) and on the development of skills in university students (Margolin and Margolin, 2002) through participatory and interdisciplinary approaches. The project is initiated and curated by the architect and designer, Cristian Campagnaro (Department of Architecture and Design of Polytechnic of Turin) and the anthropologist Valentina Porcellana (Department of Philosophy and Educational Science of Turin University) in the framework of an action research about homelessness set up in 2009 (Stefani, 2016).

The rationale of the workshops is to stimulate “beautiful heals” for the homeless through fostering their own creative potential and the experience of relationships with the others (Campagnaro, Porcellana, 2016). The creation of design outputs, that can be product, services or process (Jones, Van Patter, 2009), is seen as lasting outcome just because of the relations they produce and the stories they generate (Bourriaud, 2010). For example, while a designer is focusing to realise his/her intellectual-functional-aesthetic goals, he or she is achieving some social goals by enabling an individual, a non-artist and non-professional, to connect to other people, to experience a sense of belonging and to enhance his or her well-being. One of the goals of the creative interventions, i.e. design workshops about several issues, is to form a strong relationship among all participants and, as such, to provide opportunities for homeless people to develop or regain personal skills which will further help them achieve independence, get a job and change their status to people with an own home. Another goal is increasing the awareness of citizens and competent professionals about how they can contribute to improve the integration of people with unequal opportunities (Cross, 1982, 2001).

Second, the paper argues that in order design to contribute to systematic and structural changes in other sectors, it takes building a new context, i.e. new organizational structure and linkages with various external stakeholders. In this respect, the paper reveals the organizational and institutional possibilities and challenges which support, or hamper, the interdisciplinary collaboration between professional designers/creatives, design students, anthropologists (researchers and students) and social workers. The paper further discusses, what strategies need to be undertake in order to generate and enhance economic, cultural and social values in a new context and as such generate social changes elsewhere. 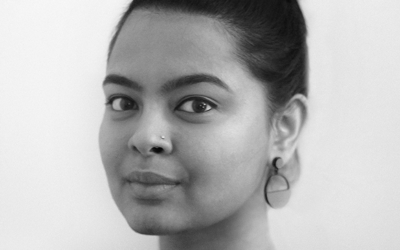